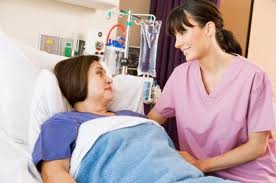 Links between laparoscopic power morcellators and cancer have trigger lawsuits throughout the United States just as the FDA issues a recall on three Johnson and Johnson devices.

The FDA and medical professionals express growing concern about the safety of surgical procedures that use power morcellators. These devices have been proven to be effective in some minimally invasive surgeries. But when they are used to break up uterine fibroid tumors or in some kidney and spleen surgeries, they tend to spread cells that lead to malignant tumors in men and women.

Metastic leiomyosarcoma, a type of uterine cancer, is a cancers that can develop in women as a result of the power morcellators.

END_OF_DOCUMENT_TOKEN_TO_BE_REPLACED
Babette Davis from Wisconsin filed a morcellator product liability lawsuit in the U.S. District Court for the Eastern District of Wisconsin against Johnson & Johnson’s Ethicon unit after being diagnosed with leiomyosarcoma, a deadly aggressive form of uterine cancer. According to Davis, the Johnson & Johnson’s Ethicon Gynecare power morcellator that was used during the laparoscopic hysterectomy caused the undiagnosed uterine cancer to be spread throughout her abdomen and pelvis.

Davis has to take expensive oral chemotherapy drugs to keep the leiomyosarcoma cancer from spreading further and she knows that beating the uterine cancer is going to be a tough battle that she may not win.

Increased Risk of Cancer Spread After Morcellator Use

END_OF_DOCUMENT_TOKEN_TO_BE_REPLACED
Power morcellators are medical devices used to allow surgeons to cut up and remove fibroids through a minimally invasive incision in the abdomen. Over the past 2 years, medical experts have questioned the safety of the devices, since some women may have undiagnosed cancers contained within the uterus, which the devices may rapidly spread throughout the body, during the grinding and cutting process.

The FDA has hammered the laparoscopic power morcellator devices with the strongest warning possible, requiring the morcellators to have a black box warning concerning the risk of cancer spread.

END_OF_DOCUMENT_TOKEN_TO_BE_REPLACED
Laparoscopic morcellator lawsuits are increasing slowly but surely, filed by injured women who had undiagnosed uterine cancer spread during a minimally invasive hysterectomy. Recently, according to the Wall Street Journal, a settlement has been reached in one of the first federal lawsuits.

Lina Medical reportedly has agreed to settle Scott Burkhart’s wrongful death claim of his wife, who had undiagnosed leiomyoscarcoma spread throughout her body by a Lina power morcellator.

Burkhart’s case was the first of several hysterectomy morcellation lawsuits, which allege that several different medical device manufacturers sold a defective and unreasonably dangerous product, and failed to warn about the serious risk of cancer women may face if the morcellator is used during a minimally invasive surgery.

END_OF_DOCUMENT_TOKEN_TO_BE_REPLACED
There are many product liability lawsuits being filed against the manufacturers of power morcellators. The injured women claim that patients and doctors should have been warned about the risks associated with use of the medical devices during minimally invasive, laparoscopic hysterectomies.

What Are Power Morcellators?

Power morcellators are medical devices that are used during laparoscopic hysterectomy and myomectomy procedures. The device allows the surgeon to grind up the uterus or uterine fibroids and remove the tissue through a small incision in the abdomen. The medical device is used during minimally invasive surgery, and reduces recovery time, scarring and speeds up recovery time.

END_OF_DOCUMENT_TOKEN_TO_BE_REPLACED

A Missouri family has recently filed an uterine cancer lawsuit over power morcellators. The deceased woman’s family alleged that the morcellator device manufactured by Johnson & Johnson’s Ethicon subsidiary caused cancer to be widely spread during a robotic hysterectomy.

The wrongful death lawsuit was filed in the U.S. District Court for the Western District of Missouri in early December, following the death of Carl Cecilia Merrill from a rare, malignant cancer called leiomyosarcoma.

END_OF_DOCUMENT_TOKEN_TO_BE_REPLACED

Sarah Salem-Robinson and her husband, filed their claim in U.S. District Court for the Northern District of California on May 13, against Richard Wolf Medical Instruments Corporation.

END_OF_DOCUMENT_TOKEN_TO_BE_REPLACED

According to the FDA, doctors should stop using a procedure performed on thousands of American women a year in the course of hysterectomy uterine surgery, because it increases the risk of spreading cancerous tissue.

The procedure, power morcellation, cuts uterine tissue into pieces that can be pulled out through the incisions made during laparoscopic surgery. The morcellator devices, have been widely used in laparoscopic operations to remove fibroid tumors from the uterus, or to remove the entire uterus.