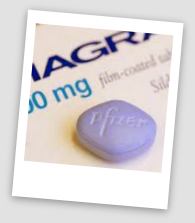 END_OF_DOCUMENT_TOKEN_TO_BE_REPLACED

According to the latest medical research, the blockbuster erectile dysfunction drug Viagra may significantly increase men’s risk of developing melanoma. Melanoma is a lethal form of skin cancer, if not treated early.