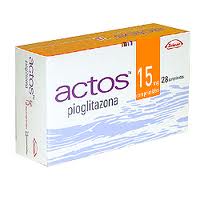 Recently, Takeda ear-marked $2.4 billion for settlements to settle thousands of personal injury and defective product liability lawsuits brought by diabetic patients who were diagnosed with bladder cancer after using Actos.

In September, Takeda said that 96% of Actos claimants signed up for its $2.3 billion settlement offer, settling most of the 8,000 plus cases pending in state and federal courts.

On other fronts, Takeda settled the 7 out of 9 cases that had been tried and were up on appeal. Takeda also agreed to toss in an extra $100 million if 97% of claims matched up with settlement criteria. Takeda is trying close down the Actos bladder litigation, by encouraging as many plaintiffs as possible to settle their injury claims and keep the settlement band wagon rolling on.

END_OF_DOCUMENT_TOKEN_TO_BE_REPLACED

There are several thousand lawsuits filed by folks both in state and federal courts by patients who took the prescription drug pioglitazone, sold as brand name Actos and later developed bladder cancer. Doctors prescribe Actos to treat patients with Type 2 Diabetes.

On April 7, 2014, a federal jury in Louisiana found Takeda failed to adequately warn about bladder cancer risks of Actos. Jurors also found that executives of Takeda acted with wanton and reckless disregard for patient safety and awarded a total of $9 billion in punitive damages.

END_OF_DOCUMENT_TOKEN_TO_BE_REPLACED

In April, a federal jury in Louisiana hammered Takeda with $1.5 million in compensatory damages and a whopping $9 billion in punitive damages. Terrance Allen and his wife’s claim, was the first out of several thousand Actos lawsuits in the federal court system to go to trial.

END_OF_DOCUMENT_TOKEN_TO_BE_REPLACED
The jury in federal court in Louisiana, sent a loud and clear message on Monday, in rendering a bombshell verdict. Takeda Pharmaceutical Co. and Eli Lilly & Co.  were ordered to pay a combined $9 billion in punitive damages. The federal court jury found they hid the cancer risks of their Actos diabetes drug in the first federal U.S. trial.
https://www.youtube.com/watch?v=G4ItYan1QWo&feature=player_detailpage
Takeda, Lilly $9 Billion Punitive DamagesTakeda, based in Osaka, Japan, was ordered to pay $6 billion by the jury yesterday in Lafayette, Louisiana. Indianapolis-based Eli Lilly, Takeda’s partner, was ordered to pay $3 billion. Punitive damages are awarded in these types of cases to punish the companies for their wrongful acts.
END_OF_DOCUMENT_TOKEN_TO_BE_REPLACED

After 33 grueling days of hotly contested trial testimony, the first federal Actos bladder cancer lawsuit trial has ended. The jury is scheduled to hear closing arguments on Monday and then deliberations will begin.

Federal Actos Trial: The Details
END_OF_DOCUMENT_TOKEN_TO_BE_REPLACED
ShaA late January trial is scheduled to begin for the first federal Actos trial. This trial is set to begin on January 27 in the U.S. District Court for the Western District of Louisiana, and will be the first to go before a jury in the federal multidistrict litigation (MDL), which was established for all cases filed throughout the federal court system.