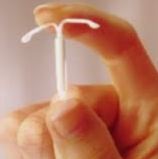 About 300 cases are filed in the federal court system, and centralized for pretrial proceedings before U.S. District Judge Seibel in the Southern District of New York as part of an MDL, or multidistrict litigation.

About 300 cases are filed in New Jersey state court. Bayer, is the manufacturer of the IUD devices and its U.S. headquarters is in New Jersey. The cases filed Iin New Jersey have been centralized before Judge Martinotti in Bergan County as part of an MCL, or multicounty Litigation.

What is MDL and MCL?

The consolidation of pretrial proceedings in New Jersey and in New York is designed to simplify the discovery process and establish a series of early trial dates, known as “bellwether” cases.

What is the problem with Mirena Birth Control?

Mirena is an IUD, or intrauterine device, that releases levonorgestrel progesterone hormone. Mirena is inserted into the woman’s uterus to prevent pregnancy for up to five years.

Bayer introduced Mirena in 2000, touted the IUD as a “no muss no fuss” form of birth control. Medical reports began to surface that the Mirena IUD migrated from its implant location,  and caused perforation of the uterus and other organs.

Since 2000, more than 70,000 adverse events have been filed with the FDA involving Mirena IUD complications, including at least 5,000 cases involving women who indicated that Mirena migrated out of place since 2008, and 1,322 reports where the Mirena IUD punctured the uterus.