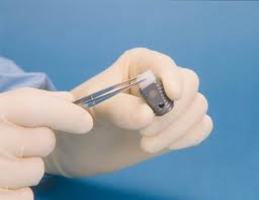 Medtronic, a medical device company is in the news regarding reports about its synthetic bone growth product Infuse. In 2008, the U.S. Department of Justice began investigating whether Medtronic had been illegally promoting “off-label” use of Infuse.

The Spine Journal reported in its June 2011 edition concerns about Infuse and Medtronic’s research. In 2004, a small group of doctors wrote some research papers stating that Infuse did not cause any harm to patients. The doctors who wrote the article would eventually receive millions of dollars from Medtronic.

According to researchers, in contrast to published reports from manufacturer-sponsored studies of the Infuse spinal fusion device that incorporates a biologic bone-building drug, a new analysis of FDA documents and other data sources suggests that up to half of patients receiving the device may experience adverse events related to the drug.

The Infuse device, which delivers recombinant human bone morphogenetic protein-2 (rhBMP-2) to speed vertebral fusion in patients with chronic back pain, has adverse event rates of 10% to 50% depending on the approach, according to Eugene Carragee, MD, of Stanford University’s outpatient clinic in Redwood City, Calif., and colleagues.

“This risk of adverse events associated with rhBMP-2 is 10 to 50 times the original estimates reported in the industry-sponsored peer-reviewed publications,” Carragee and colleagues wrote online in The Spine Journal, which Carragee serves as editor-in-chief.

The investigators in each of 13 reports of studies funded by product manufacturer Medtronic and published from 2000 to 2009 claimed to find no adverse events attributable to rhBMP-2.

The Spine Journal reports that those doctors did not disclose their financial ties to Medtronic and that the papers repeatedly failed to report complications with Infuse. Infuse may cause unwanted, and sometimes out-of-control, bone growth. The Spine Journal found that the complication rate for Infuse was anywhere from 10 to 50 times higher than reported in the Medtronic studies.

The United States Food & Drug Administration only approved Infuse for fusions in the lower back. But, doctors have been using it “off-label” for cervical (neck) spinal fusions, too often with poor results.

Unwanted bone growth in the neck can result in:

difficulty with breathing and swallowing
tracheotomies
emergency surgery
the placement of feeding tubes
revision surgery (additional surgery needed too fix the problem)
Other reported problems with Infuse include: