As a Dallas, Texas Steven Johnson Syndrome attorney, I am providing this jury verdict against J&J Motrin. 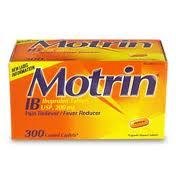 A Pennsylvania jury ruled that a Johnson & Johnson (JNJ) unit must pay $10 million in damages to the family of a 13-year-old girl who suffered skin burns and eye damage after she took Children’s Motrin.

Jurors found J&J’s McNeil Consumer Products unit liable for Brianna Maya’s injuries. Maya, was left blind in one eye and suffered burns over 84 percent of her body after taking Motrin in 2000 when she was 3 1/2.

J&J, and McNeil have faced at least two other jury trials over claims the companies hid the pain relievers’ links to Stevens-Johnson Syndrome, an allergic drug reaction that can leave patients with damaged eyes, blistered mouth and burned skin.

A California jury cleared J&J and McNeil of liability in 2008 for injuries suffered by an 11-year-old girl who took the pain relievers and developed the syndrome. Two years later, a federal jury in Illinois awarded a woman who took Children’s Motrin and suffered similar injuries $3.5 million in damages. A judge threw that award out on procedural grounds.

In the Philadelphia case, Maya’s attorney argued that Maya developed a rash, skin lesions, eye infections and lung damage after taking Children’s Motrin in 2000, according to court filings. He contended J&J officials didn’t include a warning on that year’s label alerting consumers the fever medicine can trigger Stevens- Johnson Syndrome.

The companies later warned that ibuprofen, the pain reliever’s active ingredient, could trigger “a severe allergic reaction,” the symptoms of which could include rashes and blisters, according to court filings. The Philadelphia Court of Common Pleas jury found that McNeil was negligent for not providing a proper warning about Children’s Motrin’s risks and that failure was “a factual cause” of the girl’s injuries. The panel rejected claims that the pain reliever was defectively designed or that McNeil officials’ conduct warranted an award of punitive damages.

END_OF_DOCUMENT_TOKEN_TO_BE_REPLACED

The personal injury sage continues. As a Fort Worth Personal Injury attorney I am writing this blog to hopefully provide insight to my readers, about the law works with its byzantine rules and regulations.

The Law and its practical applications are murky at best and we as lawyers have developed our own rituals and our own special language. Because if we spoke in plain English, then it would not be special anymore.

In my last missive I detailed the week before an actual trial that we were getting ready to do on our slip and fall case. The case got continued. Now we are using this opportunity to continue in our siege of the defendants castle. We continue to press our charge and are unrelenting in our skirmishes.

END_OF_DOCUMENT_TOKEN_TO_BE_REPLACED

“Cry havoc and let slip the dogs of war.”

And so it begins, twenty four hours from now, with a drop of the hammer and a cry of “Order, Court now in session,” the battle banners would have unfurled with the sounds of trumpets.

As a Fort Worth Personal Injury Attorney, I would like to offer the following insights. As I mentioned in my last posting from the battlefront, we were due in court tomorrow to argue our slip and fall case which just got canceled and set for a new date.

The foul air would have been filled with the clanging of steel, the clashing of shields, the stench of panic and fear permeating the air to be supplemented with whiffs of gunpowder. My friends, this was no ordinary skirmish, but the accumulation of 3 years hard labor. But it was not to be…

My friends that is what a court room feels and sounds like, all shrouded in the fog of war and at the end of the day, one victor and the vanquished. Carnage and havoc for both.

Trials are no easy things and the plaintiffs all want their day in court. It is hard to then explain to them when you get a worse deal at trial that in settlement talks a year earlier.

In this particular battle, the decision to go to war was easy, we had no offers to settle or offers through mediation. Here, if we had failed to press our charge and we lost, what did we lose? We came with nothing and left with nothing. Then the next time the defense would know we spared no quarter, we yielded no ground, and we fought to the last man. Each man died a hero, with sword in hand, a bloody battle indeed.

In this battle dear readers, there are no prisoners.

END_OF_DOCUMENT_TOKEN_TO_BE_REPLACED

Thirteen workers jump to safety after an explosion on the offshore platform in the Gulf of Mexico. The company, Mariner Energy, says the site’s seven active wells have been ‘shut in’ and are not leaking.

Another offshore oil facility caught fire in the Gulf of Mexico, sending 13 workers into the water to be rescued by boat, and sending enough petroleum into the water to create a mile-long by 100 foot wide sheen, according to the U.S. Coast Guard.

END_OF_DOCUMENT_TOKEN_TO_BE_REPLACED

“With every one of these fatalities, the lives of a worker’s family members were shattered and forever changed. We can’t forget that fact.”

END_OF_DOCUMENT_TOKEN_TO_BE_REPLACED

I am proud of our work this week. We just settled another car accident injury claim. My client was minding his own business, one night in Dallas. Somebody plowed into him and rear ended him. The folks who hit him were drunk and tried to run. They were caught by an off duty apartment security guard.

Come to find out they were high as a kite and ready to fly.

Luckily for my client he had minor soft tissue injuries, but he had pre-existing neck problems including cervical neck fusion. Obviously we were concerned that he may have had neck injuries. But after medical evaluation he was cleared of major injuries.

END_OF_DOCUMENT_TOKEN_TO_BE_REPLACED

A subcontractor trying to install an electrical pole hit a 36-inch natural gas transmission line south of Pecan Plantation today, leading to a huge gas explosion that burned for more than two hours.

Two or three people, most likely workers at the scene of the blast, were missing, officials said, presumably dead..

END_OF_DOCUMENT_TOKEN_TO_BE_REPLACED

A teenager badly injured when he was shocked by a fallen power line near a state beach in late June has filed a lawsuit against the utility company that operates the wires.

Jacob Kirkendall, a 17-year-old Aptos High student with strong family ties in Los Gatos, names Pacific Gas & Electric Co., as well as the county of Santa Cruz and State Parks, as defendants in the suit.

END_OF_DOCUMENT_TOKEN_TO_BE_REPLACED

A Darlington County SC jury returned a verdict of $9 million after finding Progress Energy responsible in the wrongful death of 21-year-old Allen Toney of Hartsville.

According to a press release, the jury awarded Mary Washington, the victim’s mother, $3.5 million in actual damages and $5.5 million in punitive damages. Toney died as the result of being electrocuted by a downed power line.

According to testimony, on May 2, 2003, a storm in the Hartsville area caused a utility pole, owned and maintained by Progress Energy, to fail. The pole, fell at approximately 6:30 p.m., leaving a live power line carrying 13200 volts hanging chest high across the driveway. According to witnesses, at around 9:20 p.m. Toney arrived at the home where he came into contact with the energized power line.

END_OF_DOCUMENT_TOKEN_TO_BE_REPLACED

Nearly four years after 23 Bellaire nursing home residents died in a fiery bus while evacuating from Hurricane Rita, their families have reached a settlement awarding them $80 million.

In the chaotic week leading up to Hurricane Rita, Brighton Gardens, a Bellaire nursing home owned by Sunrise Senior Living Services of McLean, Va., quickly ordered buses for its residents and staff so they could evacuate to a sister facility in Dallas. As Rita churned through the Gulf of Mexico on Sept. 23, 2005, nursing home residents and staff boarded two buses provided by Global Limo Inc. of Pharr, Texas.