A motion has been filed with the U.S. Judicial Panel on Multidistrict Litigation (JPML) to consolidate and centralize all federal Wright Conserve hip replacement lawsuits. These lawsuits have been brought in courts throughout the United States by individuals who experienced injury problems after receiving the metal-on-metal artificial hip system. 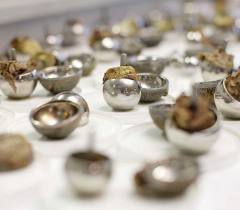 Several lawsuits have been filed against Wright Medical in different federal district courts through the nation by individuals who complain that their metal-on-metal Wright Conserve Plus hip system failed within a few years of implant, often resulting in the need for revision surgery.

Since the FDA approved the Wright metal-on-metal hip replacement system under their controversial 510(k) approval system, more than 200 adverse event reports have been submitted by patients or physicians, which likely only represents a small percentage of the total number of problems with Wright Conserve hip replacements.

All of the lawsuits involve similar allegations of design defects involving the Conserve acetabular cup, which plaintiffs claim has a tendency to loosen and fail as metal particles are shed into the body from the metal parts rubbing against each other.

The Wright Conserve hip system is a metal-on-metal design, which consists of cast cobalt chromium molybdenum that provides the cup (socket) for the cobalt chromium molybdenum femoral head (ball). The metal femoral head turns within the metal monoblock Conserve Cup, which does not have a protective liner. This may result in the release of metal particles, through the metal on metal grinding. The metal ions can cause metal toxicity in the blood, soft tissue and bone. This condition can result in metallosis, tissue necrosis and pseudotumors, according to the complaints.

In May 2011, the FDA asked Wright Medical and other metal-on-metal hip makers such as DePuy, Smith and Nephew, Stryker and Zimmer, to obtain more information about the level at which the metal particles released by hip replacements becomes dangerous, how much metal they actually release and to quantify the potential side effects of metallosis.

The Wright Conserve Cup features a similar design to the DePuy ASR Cup, which was recalled in August 2010 after medical data suggested that a higher-than-expected number of people had their artificial hip fail within a few years.

Due to the similarities between the designs, the MDL motion suggests that a Wright Conserve hip recall is likely to be issued as well.

The plaintiffs argue that centralizing the Wright Conserve metal-on-metal hip lawsuits as part of an MDL will serve the convenience of the parties, prevent duplicative discovery and avoid conflicting pretrial rulings from different judges.