Dillon Yeaman was awarded nearly $1 million in damages by a federal jury, which found baseball bat makers Hillerich & Bradsby liable for the design of the Exogrid Model CB71X, and for failing to warn of the bat’s dangers. 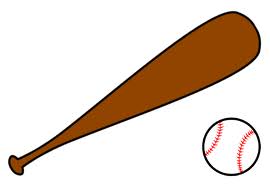 More than five years after a Norman High School pitcher was struck in the face by a line drive, he won a product liability claim against the maker of the aluminum bat used in the incident.

Dillon Yeaman was pitching against Westmoore High in 2006, when he was struck in the face by a batted ball. The impact fractured his nose and his orbital bones.

The Yeamans sued the 100-year-old bat company, whose signature model is the Louisville Slugger, claiming in court documents that the bat’s design was “defective and unreasonably dangerous … posing a “known risk of grave harm” to those using it.

Hillerich & Bradsby, the plaintiffs maintained, marketed the bat based upon “profit-driven motivations, and was consciously indifferent to the dangers which the bat posed.”
The bat maker, according to court documents, argued that the Exogrid was in compliance with “rules, requirements and specifications which had been created by the NCAA and adopted by the National Federation of High Schools, the Oklahoma Secondary Schools Activities Association and Pure Prairie League.”

According to a recent study, more than a dozen players have been killed by batted balls nationwide. The bat in question in the Yeaman case is banned by Major League Baseball and recently was prohibited for use by the NCAA, which has adopted a new testing standard that requires metal bats to perform more like wood in order to protect pitchers and other players.

A 2002 Brown University study found balls hit by metal bats have a higher velocity, an average of 93.3 miles per hour compared to 86.1 mph by wood bats.