The plaintiff lost the trial of a Levaquin lawsuit. The man suffered two ruptured Achilles tendons after taking the popular antibiotic. 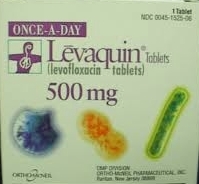 The jury determined that the drug maker failed to adequately warn consumers and doctors of the risk of tendon damage from side effects of Levaquin.

A Minneapolis jury ruled that Johnson & Johnson failed to provide sufficient warnings about the risk of Levaquin tendon ruptures, but found that the company was not responsible for injuries suffered by the 78 year old plaintiff.

Clifford Straka could not prove that his injuries were caused by the antibiotic.

According to the lawsuit, Straka’s doctor had been unaware of the risk of tendon ruptures when she prescribed Levaquin because there was not adequate label warning.

Although there has been information about the potential risk of tendon damage on the drug’s label since it was first approved by the FDA in 1996, Straka alleged that those warnings were insufficient and that the drug maker actively attempted to downplay the risk for years.

In July 2008, the FDA required that a “black box” warning be added about the side effects of Levaquin and other similar antibiotics, which is the strongest warning that can be placed on a prescription medication.

Straka is one of more than 3,700 people who are pursuing a lawsuit over tendon damage from Levaquin. All of the federal cases have been consolidated as part of an MDL, or multidistrict litigation, which is centralized in U.S. District Court for the District of Minnesota.

This trial was considered a “bellwether”, as the parties were using the results to gauge how juries are likely to respond to similar evidence in other cases and possibly help the parties reach a Levaquin settlement agreement.

This is the third straight trial win for Johnson & Johnson and the fourth to go to trial.

In December 2010, the first trial ended in a $1.8 million award for the plaintiff, including punitive damages to punish the drug maker for their conduct.

The first two trials were held in federal court. The third trial was held in New Jersey state court, where about 1,900 of the cases are currently pending.