A Texas plaintiff has filed a toxic tort lawsuit against Chevron, DuPont, Exxon and other chemical companies, alleging that he developed leukemia from benzene exposure. 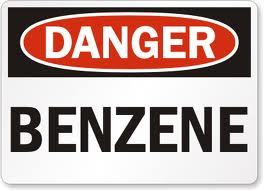 According to Dorsey, who worked as a pipefitter for various companies from 1960 until 1986, he was exposed to benzene in the workplace and through products made by the defendants. The lawsuit claims that benzene exposure led to the development of chronic lymphocytic leukemia.

The lawsuit accuses the companies of negligence, and claims that they knew their products and workplaces were hazardous to workers’ health. Dorsey claims that he suffered physical impairment, disability, and will require medical monitoring for the rest of his life.

Benzene is an industrial chemical that is used as a solvent in the production of drugs, synthetics and dyes. It has also been used as a gasoline additive, although limits have been placed on its use in fuel due to benzene’s dangerous health effects.