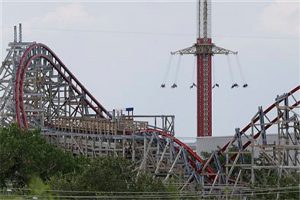 The unique attractions at an amusement park can provide a great deal of entertainment, but they also pose an inherent risk of injury — thousands of people are injured every year.

If an amusement park accident was a result of inattention or carelessness of the park or park employee, then you may have be able to file a lawsuit against the park for negligence. In order to prove negligence in a lawsuit, the injured person, plaintiff, must prove that he law required the park (defendant) to be reasonably careful, that the park or its employees were not careful, and that this carelessness led to the injury sustained by the plaintiff.

The amusement is responsible for the actions its employees. This means that if an employee was negligent and his negligence caused the injury, the injured person may sue the park. The park’s employees or the park itself may be negligent by doing something or failing to do something. Examples include:

END_OF_DOCUMENT_TOKEN_TO_BE_REPLACED
Bard IVC Filter Injuries can be avoided and I’ll detail how. C.R. Bard and Cook are the two major manufacturers of retrievable Inferior Vena Cava (IVC) filters. Retrievable Bard and Cook Inferior Vena Cava  filters have come under fire over the past 6 years as more information has come to light over the increased risk with these defective medical devices.

Case in point, Amber Nordin, from South Dakota earlier this year filed a personal injury and defective product liability lawsuit against C.R. Bard, because of the Bard company’s Eclipse blood clot filters broke apart and embedded inside her internal organs.