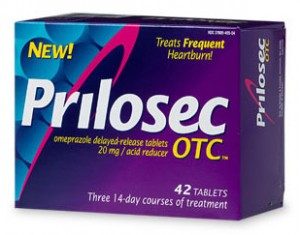 Charles Bowers started using Nexium in July 2003. He used the drug routinely to treat symtpoms of heartburn until May 2008, when he was diagnosed with interstitial nephritis.

Nephritis is a type of kidney inflammation that is usually caused by an allergic reaction to medications in the bloodstream. It can occur at any time in patients on Nexium, even if they have taken it safely before.

Many people who develop nephritis are left with long-term kidney problems. Bowers was diagnosed with chronic nephritis in May 2009. He, like most other people suffering from nephritis, now undergoes dialysis 3 times a week and needs a kidney transplant.

END_OF_DOCUMENT_TOKEN_TO_BE_REPLACED

A Tennessee man filed a lawsuit against the makers of Nexium alleging that the drug caused acute interstitial nephritis (AIN), which ultimately led to the man needing dialysis treatment and a kidney transplant.

The lawsuit was filed against the makers of Nexium by Charles Bowers on July 5, in the U.S. District Court for the Western District of Tennessee.

Bowers alleges that the makers of Nexium failed to adequately warn about the link between the drug and acute interstitial nephritis, which involves inflammation of the kidneys that can lead to end-stage renal failure, chronic kidney disease, and acute kidney injury.

END_OF_DOCUMENT_TOKEN_TO_BE_REPLACED

A recent medical study has shown that people who have taken Proton Pump Inhibitors (PPI), such as Nexium, may be at an increased risk for chronic kidney disease.

A 2016 study published in the Journal of the American Medical Association (JAMA) shows that people who were taking the anti-ulcer medication Nexium may be 20 to 50 percent more likely to experience chronic kidney disease than those not taking the medication. The study indicated that taking the medication more than once daily or for longer periods of time, increased the risk.

Concerns about Nexium and other Proton Pump Inhibitor medications reach back to 2006 or before but the new results indicate that the risk of kidney failure is higher than previously thought. Researchers indicate that many patients taking the medications could have been discontinued without any adverse effects and that many prescriptions may have been given without a clear, medical diagnosis.

END_OF_DOCUMENT_TOKEN_TO_BE_REPLACED

Since first introduced in 2001, patients from across the country have been using Nexium to treat chronic heartburn and related conditions. While patients may have been prepared to deal with the drug’s disclosed side effects such as dry mouth, abdominal pain, and headaches, most were not ready for the drug’s more serious side effects.

Nexium packaging and warning labels don’t list a high risk of developing kidney problems and dementia as possible side effects, yet several academic studies revealed taking Nexium for an extended period of time may lead to developing these conditions.

This omission by the makers of Nexium have triggered lawsuits across the country.