Xarelto Bleeding Injury $28M Verdict Tossed. What the court giveth, the court taketh away! Such is the capriciousness of the court system.

The first Xarelto Bleeding Injury plaintiff’s victory against Bayer and Johnson & Johnson (J&J) over Xarelto’s bleeding risks was short lived. In the case of Lynn Hartman, Judge Michael Erdos in Philadelphia this week entered a judgment notwithstanding the verdict, stating that a no reasonable jury could have reached the same conclusion.

END_OF_DOCUMENT_TOKEN_TO_BE_REPLACED 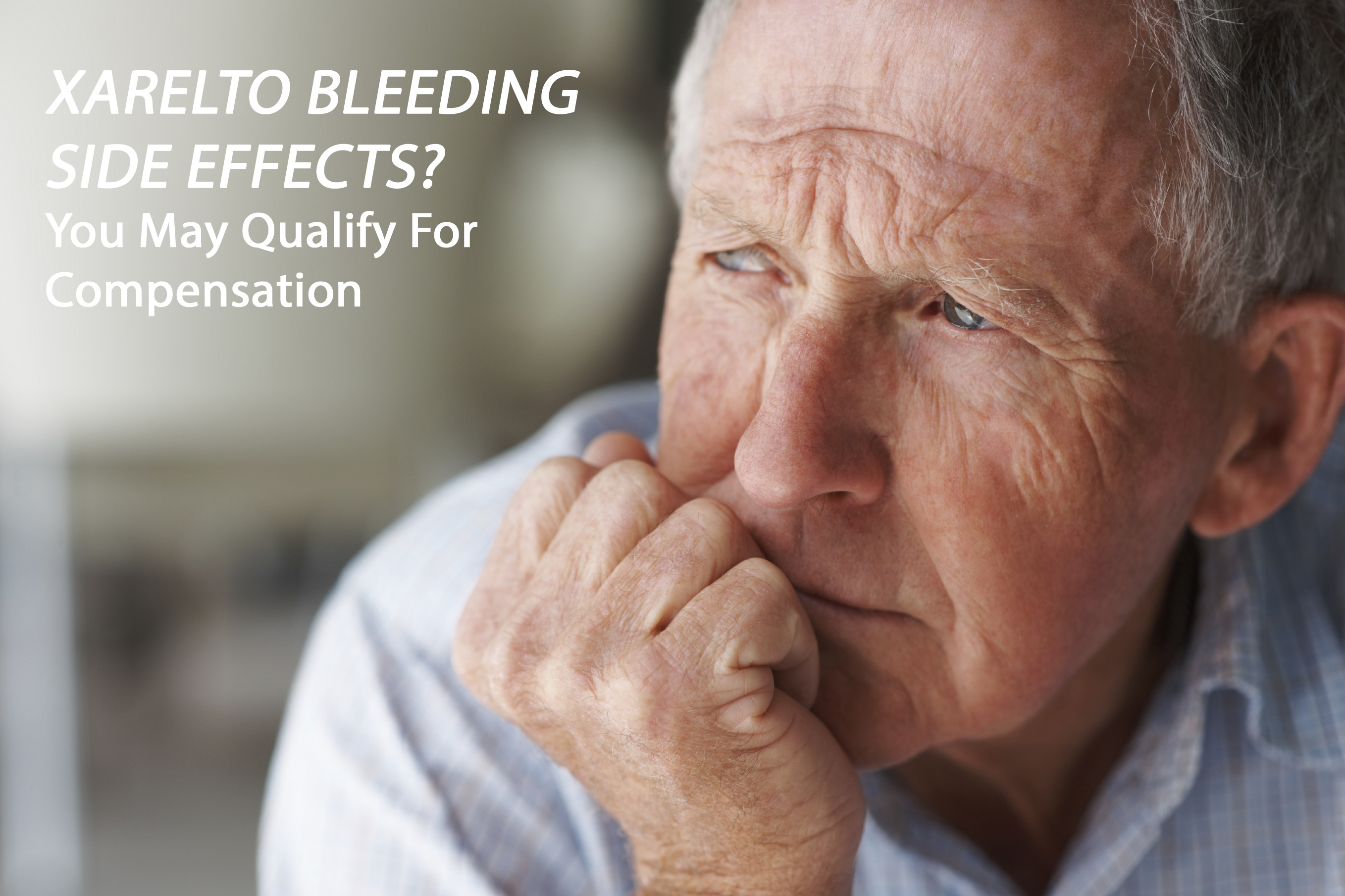 END_OF_DOCUMENT_TOKEN_TO_BE_REPLACED

Oren Fells from Georgia recently filed a Xarelto uncontrollable intracranial or brain bleeding lawsuit in the U.S. District Court for the Eastern District of Louisiana. The lawsuit was filed against Bayer Healthcare, Johnson & Johnson, and its Janssen subsidiary, the manufacturers of Xarelto.

END_OF_DOCUMENT_TOKEN_TO_BE_REPLACED

Ashlie Fluitt from Louisiana,  filed a wrongful death claim on behalf of her grandmother who died as a result of catastrophic side effects from using Xarelto. Fluitt alleges that Xarelto anticoagulation medication caused severe brain bleeding which caused her grandmother to die.

Fluitt filed her lawsuit in the U.S. District Court for the Eastern District of Louisiana claiming that Hattie Deville-Goodwin’s death was caused by the drug manufacturers’ failure to warn about the uncontrollable bleeding side effects associated with the new-generation anticoagulant or blood thinner Xarelto.

Many lawsuits have been filed against Xarelto’s manufacturers,  Bayer and Johnson & Johnson and the plaintiffs claim that the companies failed to warn patients and doctors about the risks associated with Xarelto and the lack of an antidote to help stop the bleeding.

The MDL in Louisiana contains over 2,400 federal lawsuits, and the mass tort in Philadelphia contains more than 500 state lawsuits.

END_OF_DOCUMENT_TOKEN_TO_BE_REPLACED

The number of Xarelto bleeding injury and product liability lawsuits have exploded, with close to 2,500 cases being filed in the federal court that has been designated as the multi-district litigation venue.

Since December 2014, all federal product liability lawsuits filed against Bayer and Johnson & Johnson over the bleeding side effects of Xarelto have been centralized and consolidated before U.S. District Judge Eldon Fallon in the Eastern District of Louisiana as part of an MDL, or multi-district litigation.

The MDL in Louisiana contains 2,442 federal lawsuits as of December 15, and the state mass tortcourt in Philadelphia contains more than 500 lawsuits.

Judge Fallon set a series of four bellwether trials to go before juries in the Spring of 2017. The number of Xarelto lawsuits continue to be filed by individuals across the United States, alleging severe and deadly bleeding complications.

END_OF_DOCUMENT_TOKEN_TO_BE_REPLACED

The number of Xarelto injury side effects and wrongful death claims continue to increase. According to some estimates, the total number of personal injury and defective product liability claims will be in the thousands. Recently, Molly Harr, from Ohio, has filed a injury lawsuit claiming that Xarelto side effects caused her to develop severe gastrointestinal bleeding, after using the popular oral blood thinner or anticoagulant for chronic atrial fibrillation.

Atrial fibrillation is a very common heart rhythm problem, which can cause strokes. The lawsuit was filed in the U.S. District Court for the Southern District of Ohio.

Harr notes that she was prescribed Xarelto in September 2013, for treatment of atrial fibrillation. Within 2 months, she developed severe gastrointestinal bleeding.

END_OF_DOCUMENT_TOKEN_TO_BE_REPLACED

Did you or a loved one suffer serious internal bleeding or other complications after taking Xarelto®? Xarelto is a prescription blood thinner that has been linked to serious bleeding events that have caused catastrophic injuries and death.

If you or a loved one has suffered due to Xarelto side effects you may be entitled to compensation for your pain, suffering and medical costs. Call NOW, time may be limited. Our firm of experienced pharmaceutical lawyers will provide you with a no-cost, no-obligation review of your case. Act now by filling out the form or calling us at 214-390-3189 to discuss your legal options.

END_OF_DOCUMENT_TOKEN_TO_BE_REPLACED

According to recent research, the new blood thinners Xarelto and Pradaxa are no safer than warfarin when it comes to bleeding and complications like heart attacks and strokes.

Researchers found no difference in the risk of bleeding events or arterial thromboembolism events between any of the three groups for the first 90 days of use.

Medical experts are concerned about the new-generation anticoagulants, as they do not have a reversal agent, in the event of a serious or catastrophic bleeding, which can result in deadly results.

END_OF_DOCUMENT_TOKEN_TO_BE_REPLACED
Xarelto is under fire, if you follow the allegations in the over 550 lawsuits filed to date. Xarelto is one of the newer oral anticoagulant medications that has been approved by the FDA. The federal Xarelto personal injury and product liability claims are centralized before U.S. District Judge Eldon E. Fallon in the Eastern District of Louisiana.