According to the Institute for Safe Medication Practices (ISMP)’s Quarter Watch report, the number of pancreatic cancer cases are increasing involving lethal side effects of Byetta, Januvia, Victoza and other diabetes drugs known as incretin mimetics. 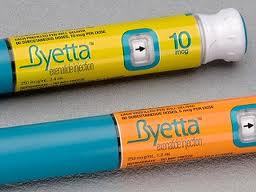 Byetta and Victoza are injected, and Januvia, Janumet, Onglyza and Tradjenta are taken orally. ISMP documented 14 cases of thyroid cancer with Byetta and 17 with Victoza, 1 Januvia case and none for the other oral medications.

According to experts, the number of adverse event reports submitted to the FDA only account for 1% to 10% of all problems associated with prescription medications, since the majority of all health side effects are never reported by doctors or patients.

According to ISMP, “We recommend updating the prescribing information to include stronger alerts based on adverse event data and new studies now available,” concluded the report. “Also, new studies of the long-term effects of GLP-1 agents (incretin mimetics) on human and primate pancreatic and thyroid tissues should be a major priority.”
What are Incretin Mimetics Januvia, Byetta, Victoza?

Recently, the FDA began an investigation into the potential pancreatic cancer risk associated with incretin mimetics. The investigation was prompted after a recent medical study identified pre-cancerous cellular changes in pancreatic tissue from users of the drugs.

Recently, a motion was filed with the U.S. Judicial Panel on Multidistrict Litigation requesting that all Byetta, Januvia, Janumet and Victoza pancreatic cancer lawsuits to be consolidated in the US District Court for the Southern District of California, based in San Diego, for coordinated handling during pretrial proceedings.