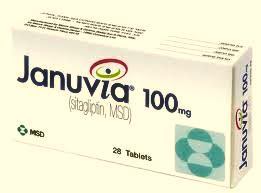 The FDA issued a warning letter to Merck on February 17, and the FDA indicated that Merck failed to comply with proper testing for Januvia and Janumet, and therefore the drugs are now considered misbranded.

Merck promised to conduct the three-month pancreatic safety study when the FDA expanded approvals for Januvia and Janumet.

The letter orders Merck to submit a plan for the study to the FDA within 30 days of the warning letter’s issuance. The trial has to start within six months of the agency’s approval of the plan.

Januvia (sitagliptin) is a medication approved for the treatment of adults with Type-2 diabetes. It is one of the first in a new class of medications known as dipeptidyl peptidase-4 (DPP-4) inhibitors, Janumet combines Januvia with metaformin.

The FDA made the requirements following increasing concerns over a Januvia pancreatitis risk three years ago.