As a Fort Worth Medical Malpractice attorney, I am providing the jury verdict and a win for the good guys.

Jurors awarded $10.1 million in damages to the family of an overdose victim, hoping the verdict strikes fear into other “pill mills” that have turned Houston into a national center for prescription drug abuse. 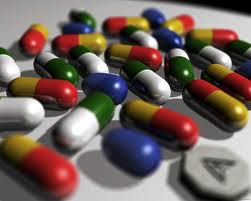 “Our verdict shows how much our community is against these pill mills and wants things to change,” said juror Lauren Simmons, after finding gross negligence led to the overdose death of Michael Skorpenske of Conroe.

Skorpenske, 54, died July 7, 2007, two days after his only visit to the Family Medi Clinic in The Woodlands where he received a prescription for three potent drugs: hydrocodone, xanax and soma.

He had sought help there for chronic pain he suffered from a motorcycle injury and a fall at a petrochemical plant.

According to records, the clinic’s director, Dr. Maurice Conte, had prescribed this same drug combo at least 3,800 times between 2006 and 2007 at more than 17 pain area clinics that he supervised. Dr. Maurice Conte, was forced to surrender his license to the Texas Medical Board after Skorpenske died.

Conte, who repeatedly pleaded the Fifth Amendment against self-incrimination during the four-day trial, was found grossly negligent and slapped with the stiffest penalty: $9.05 million.

Information and commentary provided by Dallas Fort Worth Personal Injury Attorney Dr Shezad Malik. The Dr Shezad Malik Law Firm can be contacted in Dallas toll free at 214-390-3189. If you or a loved one has been injured from a truck accident, car crash or bus accident, please fill out our contact card for a free consultation.