The FDA is concerned over new liquid acetaminophen products for infants because of the possibility of accidental Tylenol overdoses and dosing confusion by parents. 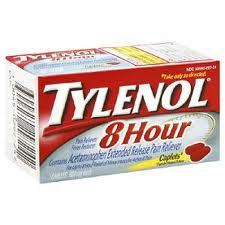 According to the FDA, caregivers of infants and children may give a child too much of the drug because they are used to the dosing sizes of older brands of liquid acetaminophen drops.

Acetaminophen is used as a pain killer and anti-inflammatory medication. It is found in many over-the-counter and prescription drugs. It is also aggressively marketed for the treatment of fever, aches and pain.

According to the FDA, medication errors with acetaminophen led to 14 deaths and 74 injuries from 2000 to 2010 in children under the age of 13.

In response to concerns raised by the FDA over the high potency of many infant liquid acetaminophen products, a number of drug makers have reformulated their medications to be more diluted.

The change was voluntary and not all drug manufacturers have adopted it. This means that several different concentrations are now on store shelves, this could lead to confusion.

The FDA is recommending parents to carefully read the dosing instructions and medication guides of this and all other drugs, and to use the dosing device included in the packaging.

Furthermore, to add to the confusion, the packaging often changed very little, and if the person bought older version of the drug and then bought the newer version, they may not realize that there was a difference.

The FDA cited as an example; Little Fevers by Little Remedies. Both boxes say “New!” on the front and are very similar in design, but are of different concentrations.

According to the FDA, acetaminophen overdose has been a leading cause of liver failure in the United States, resulting in more than 50,000 emergency room visits, 25,000 hospitalizations and over 450 deaths annually.

Due to the risks associated with receiving too much acetaminophen, an FDA advisory panel was convened in May to make recommendations about new warnings or other regulatory actions. The panel recommended that dosing instructions be based on a child’s weight instead of their age.

Stronger warnings about the potential risk of liver failure from acetaminophen have also been added to all products over the past year, including clearer indications about what products contain acetaminophen as the active ingredient to avoid the risk of overdose.