This is an interesting issue of conflict of interest, impartiality and doing the right thing, as reported by the Wall Street Journal.

Talk about the fox guarding the chicken house! In December, an advisory panel for the U.S. Food & Drug Administration (FDA) voted to recommend by 15-11 margin that the benefits of Yaz, Yasmin and similar pills made with the synthetic progestin, drospirenone, outweighed their risk of dangerous blood clots. 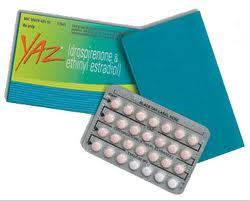 Now it has come to light that three of the FDA advisors who voted with the majority had ties to Bayer AG, the maker of the drugs, that were not disclosed by the agency.

According to a report from The Wall Street Journal, (WSJ) those advisors were:

• The panel’s chair, obstetrics professor Julia V. Johnson of the University of Massachusetts Medical School, told the WSJ in an email that she has been an “investigator in four research studies from Bayer or Berlex [a Bayer unit],” including one that involved the use of a drospirenone product in post-menopausal women. In her email, Dr. Johnson said she has “received no funding or grants” for her work.

• Paula Hillard, an obstetrics professor at Stanford University School of Medicine, who Bayer documents said “”enables us to now have another huge … Yasmin advocate here in Nor Cal—she will be well utilized!” Another Bayer “tactical brief” from 2010 describes a video clip the company planned at the time with Dr. Hillard to deal with the blood clots and other safety issues. She told the WSJ she received $10,000 for her work.

• Anne E. Burke, professor of gynecology and obstetrics at Johns Hopkins Bayview in Baltimore, who declared in published articles that she received research funding from Bayer.

Their ties to Bayer were not revealed by the. According to the WSJ, the panelists’ Bayer ties were first disclosed in a joint article by the British medical journal BMJ and Washington Monthly. Details of their work with Bayer also were revealed in documents in the ongoing Yaz and Yasmin litigation in federal court in Illinois.

The fact that the three were allowed to vote at all, however, does raise some ethical questions. Experts acknowledge that significant ties between committee members and drug makers could result in biased recommendations
As mentioned by an expert polled for his opinions on the matter by the WSJ, “Lack of disclosure undermines the credibility of the advisory committee process and undermines public trust in the fairness of the regulatory process.”

Interestingly it should be noted that one panelist, Dr. Sidney Wolfe of the consumer group Public Citizen, was stripped of his voting rights by the FDA because he had publicly criticized the drugs’ safety in newsletters published by the group.

Is it any wonder that the general public has lost faith in its government, particularly when it comes to the governmental watch dog, the FDA? The FDA instead of being the wonder dog, is essentially has become a toothless canine alongside all the other toothless and powerless federal agencies.

Read more here and visit our website for more information.