According to St. Jude Medical Inc. its Riata defibrillator leads have a higher failure rate than was disclosed when it stopped selling the product. 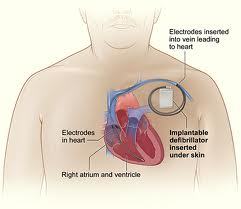 Riata has an insulation failure rate of 0.63 percent, more than the 0.47 percent disclosed last December, according to a recent warning letter to doctors.

Extractions of Riata leads were linked to two patient deaths and a serious injury. Devices with the flaw, caused when the insulation surrounding the wires is penetrated, may also fail to deliver electric shocks when needed, the company said.

Other studies showed higher failure rates. An Irish medical center found 15 percent of patients had wires protruding from the insulation when they underwent fluoroscopic screening, an advanced imaging technique. A German study of 357 patients found 8 percent needed surgery after a failure with a Riata lead. Both sets of researchers recommended closer screening for patients.

What are Pacemaker Leads?

Leads are flexible wires threaded through veins to the heart muscle that help defibrillators deliver jolts of electricity to shock hearts back into rhythm.

Recommendations to handle the defective product?

According to St. Jude, the implications of the insulation failures aren’t clear, and they advise doctors to continue routine monitoring of patients with Riata leads.

The wires shouldn’t be automatically replaced, and there is no consensus on treatment even for patients with damaged leads who aren’t suffering electrical malfunctions.

Researchers have urged fluoroscopic screening of patients with the Riata leads, since the complications can trigger shocks when they aren’t needed and failure to administer a shock when the heart stops beating properly.

Defibrillator patients are between a shock and a hard place; they need the device to perform when needed, otherwise they die, but they do not like unnecessary shocks, which is extremely painful.