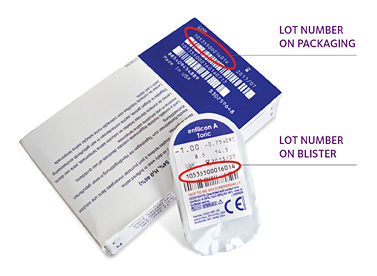 According to the FDA, silicone oil is the cause of problems with Aviara contact lenses sold by CooperVision, which were removed from the market in August after a number of consumers suffered torn corneas, hazy vision and other potentially serious complications. Nearly two months after problems were first announced, contact lens giant CooperVision Inc. and federal health regulators have amped up public warnings about nearly 780,000 recalled contact lenses, urging users to return the potentially defective products and to seek medical care if they show symptoms of harm.

The FDA announced on Friday that it was classifying the CooperVision Aviara contact lens recall as a Class 1 medical device recall, which is the most serious category the agency can use to label a recall. The class 1 designation means that the FDA believes that use of a device carries a reasonable probability of serious adverse health consequences or death.

More than 778,000 CooperVision Aviara contact lenses were impacted by the recall, which was not widely publicized until the FDA criticized the company last week for failing to take sufficient steps to make sure consumers were aware of the contact lens problems.

The FDA also complained that CooperVision only reported that some users had experienced hazy vision and did not identify the cause of the problems, which involved silicone oil on the lenses. The recalled Aviara contact lenses were were manufactured between November 1, 2010 and August 3, 2011, and were sold at Costco, LensCrafters and Wal-Mart, among other retailers.

The FDA recommends that any consumers who have the lenses return them and contact their eye care specialist immediately if they experience any problems after wearing the recalled lenses.

Production of the CooperVision contact lenses has been stopped so that the company can fix the problem. The manufacturer estimates that Avaira Toric contact lenses will be shipping in normal amounts again by December.