Short answer, yes, by causing the spread of undiagnosed malignant uterine cancer. In American women who are of reproductive age, Hysterectomy is the second most frequently performed surgical procedure (after cesarean section). The majority of these hysterectomies are performed laparoscopically. 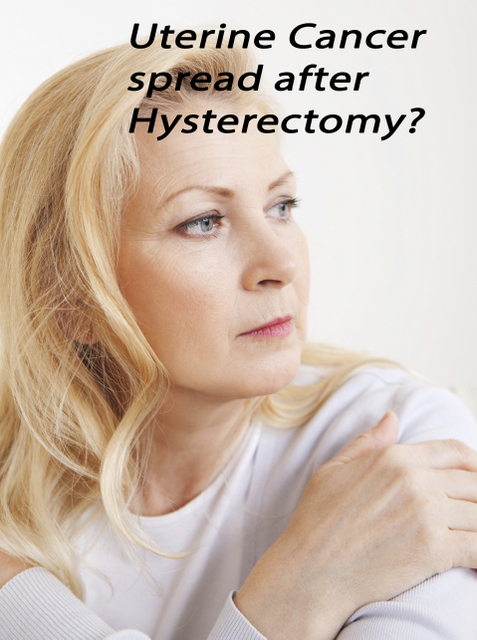 Approximately 600,000 hysterectomies are performed annually in the United States, and approximately 20 million American women have had a hysterectomy.

By the age of 60, more than one third of all women have had a hysterectomy. According to the National Women’s Health Network (NWHN) unnecessary hysterectomies have put women at risk, and that doctors should search for hysterectomy alternatives before performing  life-changing operations.

What is Laparoscopic Hysterectomy?

Minimally invasive or laparoscopic removal of the uterus, is know as hysterectomy and typically performed for the treatment of fibroids or benign tumors of the uterus. During the surgery, many doctors remove the uterus in pieces using a mechanical grinding or chopping device known as a power morcellator.

Recently, many product liability and personal injury lawsuits being filed against the manufacturers of power morcellators. The injured women claim that patients and doctors should have been warned about the risks associated with use of the medical devices during minimally invasive, laparoscopic hysterectomies.

What Are Power Morcellators?

Power morcellators are medical devices that are used during laparoscopic hysterectomy and myomectomy (fibroid removal) procedures. The device allows the surgeon to grind up the uterus or uterine fibroids and remove the tissue through a small incision in the abdomen. The medical device is used during minimally invasive surgery, and reduces recovery time, scarring and speeds up recovery time.

According to medical experts and the FDA, about one out of every 350 women undergoing a laparoscopic hysterectomy with morcellation may have undiagnosed sarcoma, which doctors are unable to detect before the surgery. Undiagnosed uterine sarcoma is highly malignant and is a lethal form of cancer, with poor life expectancy and treatment options. Most women die within a few years of diagnosis and there are no curative treatments.

There is no bullet proof way for doctors to diagnose the uterine cancer before using the morcellator devices to grind up the uterus. Because of this, the FDA strongly urged doctors to avoid using the devices for laparoscopic hysterectomy or myomectomy procedures in April 2014. The FDA issued a BLACK BOX WARNING against the use of these devices in November 2014.

Power morcellators spread this undiagnosed leiomyosarcoma, endometrial stromal sarcoma or other cancer throughout the pelvis and abdomen during the grinding process, leading to rapid upstaging of the cancer and reducing the risk of long-term survival. As this risk becomes known, many doctors have stopped the use of power morcellators over the past year.

Morcellators Approved Under the 510(k) Program

The controversial 510(k) program allows medical devices to be approved without pre-market testing requirements. Under the program, the manufacturer just needs to show that the devices are “substantially equivalent” to devices already on the market. Power morcellators were approved under the 510(k) process without any safety testing. J&J Ethicon Morcellator Recall

All Ethicon power morcellators were recalled by the manufacturer, earlier last year. J&J, acknowledged that the devices pose an unreasonable risk of disseminating uterine cancer. Ethicon, a J&J subsidiary requested that hospitals voluntarily return all laparoscopic surgery morcellators. The company, noted that it will no longer sell the devices since there is no way to make them safe.

The FDA announced November 24, 2014 that it is adding a black box warning to uterine morcellator devices that remain on the market. A BLACK BOX WARNING, is the strongest warning that can be placed on any medical device. Patients, doctors and hospitals are now on notice of the potential danger of increased uterine cancer spread risk associated with the use of these devices.

Furthermore, the FDA announced that power morcellators should not be used with women near menopause or post-menopausal, or in women who could have tissue removed through the vagina or via a small incision.

This contraindication prohibits the use of the devices in the vast majority of women who undergo laparoscopic or vaginal uterine morcellation procedures.

Power Morcellators Under the Gun

Power morcellators have been under under fire since the well-publicized case of anesthesiologist Amy Reed, who underwent a hysterectomy, for fibroid removal in October 2013. Dr Reed, then discovered that power morcellation had spread an undiagnosed uterine leiomyosarcoma.

The FDA’s warnings last year triggered a widescale retreat from tissue morcellation. Johnson & Johnson voluntarily withdrew its morcellators from the market because of cancer “uncertainty.”

Many complaints have been filed in the federal court system nationwide. These women were diagnosed with the spread of leiomyosarcoma, endometrial stromal sarcoma or other cancers following uterine fibroid surgery.

Earlier this year an application was made to centralize and consolidate all of the federal power morcellator lawsuits. In October, the Judicial Panel on Multidistrict Litigation agreed and transferred at least 28 morcellator lawsuits to the U.S. District Court for the District of Kansas, for centralization in the multidistrict litigation (MDL) court. This is centralized only against Johnson and Johnson’s subsidiary, Ethicon.

This means that all federal morcellator lawsuits will be consolidated for pre-trial discovery and early bellwether trials in the U.S. District Court for the District of Kansas. Federal courts consolidate lawsuits to MDLs when a large number of plaintiffs claim the same facts against the same defendant. The process allows the courts to operate more efficiently and decreases the costs for all parties involved.

All of the lawsuits filed against manufacturers of these devices claim that hysterectomy morcellators are unreasonably dangerous and that information about the risk of uterine cancer being spread was withheld from the patients and doctors.