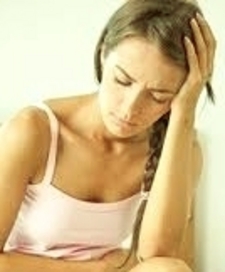 In February 2012, the FDA gave Natazia a Black Box Warning regarding “Thromboembolic Disorders and Other Vascular Problems.” The warning states:

“Data from a large, prospective cohort safety study of various COCs (combined oral contraceptives) suggest that this increased risk, as compared to that in non-COC users, is greatest during the first 6 months of COC use. Data from this safety study indicate that the greatest risk of VTE is present after initially starting a COC or restarting (following a 4 week or greater pill-free interval) the same or a different COC.”

Natazia is a four-phasic oral contraceptive approved by the FDA on May 6, 2010. Bayer’s other controversial contraceptives include YAZ/Yasmin, are the subject of thousands of personal injury lawsuits alleging that YAZ/Yasmin are associated with increased risk of blood clots (deep vein thrombosis (DVT), pulmonary embolism (PE)) and gallbladder problems.

Natazia is associated with many of the same problems. The following safety information was included in a press release from Bayer following the release of Natazia on the US market, in 2010: “The use of Natazia is associated with increased risks of several serious conditions including venous and arterial thrombotic and thromboembolic events (such as myocardial infarction, thromboembolism, stroke), hepatic neoplasia, gallbladder disease, hypertension, ruptured ovarian cyst and uterine leiomyoma. The excess risk of thromboembolic events is highest during the first year of use of COC.”

Bayer became the first company to launch estradiol valerate together with the progestin, dienogest—as the contraceptive Natazia.