According to a medical study, patients who received metal-on-metal hip replacements are at no greater risk of developing cancer after a seven-year period than the general population. 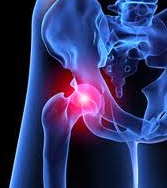 The research is published in the British Medical Journal, and recommends that longer-term review is needed of the effect of metal particles released from the implants, because some tumors take many years to develop.

The BMJ and the British Broadcasting Corp. said Feb. 28 that a joint investigation showed patients with the metal-on-metal implants may have been exposed to toxic metals that can cause long-term disability.

According to U.K. researchers in the medical journal The Lancet on March 12, the devices were more likely to fail than others and should be banned,
The study reviewed 40,576 patients with metal-on-metal hip implants and 248,995 patients with alternative bearings and their incidence of cancer based on hospital admissions.

Patient data came from the National Joint Registry of England and Wales, which collects information about hip, knee and ankle joint replacement procedures, and the U.K.’s National Health Service.

Using computer models, the study found that patients with metal implants had a lower rate of cancer than their non-metal counterparts and the general population.

According to medical experts, the long-term biological effects of implants made from metals such as cobalt and chromium are unknown. Metal ions, which can cause irreversible damage to DNA in cells, have been found in many organs following hip replacements, including marrow, blood, liver, kidneys and bladder, the study said.