Bayer is currently settling Yasmin and Yaz lawsuits and new Yaz, Yasmin and Ocella claims are being filed. Bayer is only settling cases that involve allegations that the birth control pills caused a venous clot injury, such as a deep vein thrombosis or pulmonary embolism. 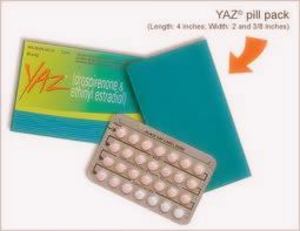 U.S. health regulators in April added warnings to the labels on the popular class of birth control pills that includes Bayer’s Yaz and Yasmin, to show they may raise the risk of blood clots. Deep vein thrombosis and pulmonary embolism are two side effects from Yaz and Yasmin.

Side effects include deep vein thrombosis (DVT)—a condition in which blood clots after using Yaz develop in the legs. On October 25, 2011, the British Medical Journal published a study from the University of Copenhagen linking the hormone in Yaz to blood clots.

On October 27, 2011, the FDA released its own study entitled “Combined Hormonal Contraceptives and the Risk of Cardiovascular Disease Endpoints” showing drugs like Yaz could increase the risk of blood clots, DVT and pulmonary embolism by as much as 74%. A study published in the British Medical Journal linked Bayer’s birth control pills to a higher occurrence of DVT. These issues are very dangerous as the blood clots can break off and go to the lungs where a pulmonary embolism (PE) might result.

Bayer said this week in its quarterly report, it had so far agreed to pay a combined $750 million to settle 3,490 legal claims that YAZ and Yasmin caused blood clots, and such injuries are alleged in a further 3,800 pending cases. Bayer may pay more than $1.5 billion to resolve all cases involving such injuries.

Read more here and visit our website for more information.