The Bair Hugger Forced Air Warming system, a system used in operating rooms across the country, may increase patients’ risk of developing sepsis, MRSA, and other serious infections, particularly after hip and knee replacement surgeries. 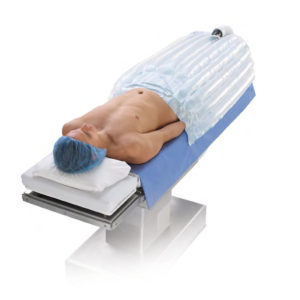 Lawsuits filed across the country allege that the heat generated by the device can redirect air circulating during surgery. This redirection may cause bacteria and other contaminants on the floor to become airborne. The airborne contaminants may increase a patients’ risk of developing MRSA or other infections, according to the lawsuits.

Many of the lawsuits filed are by patients who underwent hip or knee replacement surgery and were left with serious deep joint infections. In some cases, these infections required additional surgeries and painful recoveries such as the removal and replacement of the artificial joint.

These lawsuits allege that the manufacturer of the Bair Hugger device knew about the increased risks of joint infections linked to the use of the device during hip and knee replacement surgery. They also failed to warn healthcare providers of the infection risk. Some lawsuits allege that the manufacturer attempted to hide and discredit any scientific research that found an increased risk of hip and knee infections when using the device.

Federal judges have consolidated dozens of lawsuits involving Bair Hugger joint infections into Multi-District Litigation (MDL No. 2666) in the U.S. District Court for the District of Minnesota under Judge Joan N. Ericksen. As of April 15, 2016, two hundred and nineteen lawsuits have been filed.

These devices are used in the majority of surgeries throughout the country. If you or a loved one suffered from an infection after knee and/or hip replacement, please don’t hesitate to contact us.