Multiple lawsuits have been filed in the United States against the makers of Risperdal for failing to warn patients that it may cause male breast growth, a condition known as Gynecomastia. 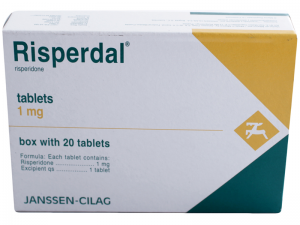 Risperdal was approved for sale in the United States in 1993 by the Food and Drug Administration (FDA). It commonly used to treat irritability in people with autism, schizophrenia, and bipolar disorder.

The makers of Risperdal began marketing the drug to treat children as early as 2003, years before the FDA approved such action by the drug-maker. The makers of Risperdal also recently faced accusations that it was paying physicians to speak favorably of the drug, sponsor golf outings, and offering other incentives encouraging doctors to prescribe Risperdal to adolescents and children.

Kentucky attorney general filed a lawsuit against the manufacturer in 2012 alleging that they concealed dangerous side effects including substantial weight gain, diabetes, stroke, and male breast growth.

Last year a jury decided the makers of Risperdal must pay $2.5 million for failing to warn that Risperdal may cause abnormal breast growth in males. The lawsuit was launched by the family of an autistic boy who took the drug and later developed 46DD breasts.

Abnormal male breast growth is a condition known as Gynecomastia. It is a swelling of the breast tissue in men or boys caused by an imbalance of the hormones testosterone and estrogen. Abnormal male breast growth can affect one or both breast, sometimes unevenly. In some rare cases the condition could lead to nipple discharge in one or both breasts.

Have you been diagnosed with Gynecomastia or have had abnor after taking Risperdal?