U.S. District Judge James Beaty has rejected an attempt by Novartis to overturn the verdict in a Zometa jaw decay lawsuit. The trial unearthed evidence that suggests the drug maker’s employees intentionally covered up medical evidence of the bone drug’s side effects. 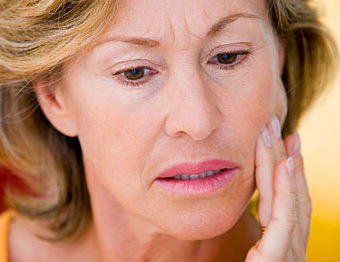 Novartis was trying to obtain a new trial in a defective drug product liability lawsuit brought by the family of Rita Fussman. The plaintiffs alleged in their lawsuit that the company failed to adequately warn consumers that side effects of Zometa could cause a condition known as osteonecrosis of the jaw (ONJ), where the jaw bone decays and dies.

The federal Judge rejected Novartis’ attempt, saying that the jury in the case had sufficient evidence to rule that Novartis could be subjected to punitive damages for intentionally misleading consumers by trying to conceal evidence of Zometa ONJ.

Furthermore the Court said that the jury was presented with “clear and convincing evidence” that Novartis managers intentionally initiated a cover-up of Zometa side effects, and then tried to subvert medical inquiries into the drug. The evidence pointed to the knowledge and approval of the cover-up by high-ranking Novartis officials.

The case was the first bellwether trial in the federal Zometa jaw decay litigation, which involves hundreds of lawsuits that have been consolidated along with similar claims involving Aredia, another chemotherapy drug, as part of a multidistrict litigation (MDL) in the U.S. District Court in Nashville. The case was seen as a test case for how juries would weigh expert testimony, evidence and arguments in future Zometa ONJ lawsuits.

One of the more damaging pieces of evidence presented during the trial was an internal email from a marketing executive that seemed to suggest the company suppressed a report outlining a number of cases where Zometa was linked to ONJ.

Novartis began warning doctors of the potential for jaw damage in 2005, but the lawsuit alleged that Novartis knew about the link much earlier, potentially as early as the 1980s. Fussman began taking Zometa in 2001.

The jury in the North Carolina federal court awarded the family $287,000 in compensatory damages and $12.6 million in punitive damages. However, a punitive damages cap in North Carolina will reduce that amount to three times the compensatory award. Due to tort reform laws, Fussman’s estate only received $1.3 million of the $13 million jury award. Fussman herself died in 2009 of breast cancer.

Aredia (pamidronate disodium) and Zometa (zoledronic acid) are treatments used to reduce bone complications associated with multiple myeloma and bone metastases from solid tumors. Although they are used to strengthen bones, the drugs are part of a class of medications known as bisphosphonates, which have been associated with an increased risk of osteonecrosis of the jaw. The debilitating and painful condition causes decay or death of the jaw bone, often resulting in the need for surgery to remove portions of the jaw.

There are about 600 Aredia and Zometa suits, which have all been consolidated and centralized in U.S. District Court in Nashville as part of a multidistrict litigation, or MDL, for pretrial proceedings. Another 150 lawsuits are currently pending in state courts in New Jersey.

The Zometa lawsuits are similar to more than 900 Fosamax jaw necrosis lawsuits that are pending against Merck & Co. over their oral bisphosphonate medication. Although Fosamax is used to treat osteoporosis and reduce the risk of bone fractures, long term use of the medication has also been linked to an increased risk of jaw osteonecrosis.