As a TEXAS Zimmer NexGen Knee replacement attorney, I am providing this update regarding the request for consolidation of these cases in one federal court. 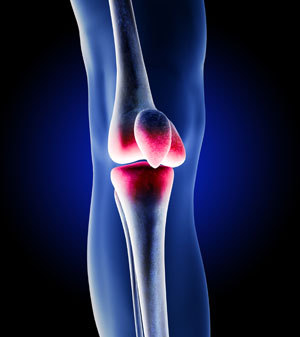 A motion was filed in June, calling for all Zimmer NexGen knee lawsuits filed in various federal district courts throughout the United States to be centralized before one judge for coordinated handling during pretrial proceedings as part of an MDL, or multidistrict litigation.

Zimmer NexGen knee replacement lawyers expect that there may become many similar claims filed on behalf of individuals who allege that they received a defective knee implant and had to undergo revision surgery or suffered permanent and debilitating injuries as a result of a problems with a Zimmer NexGen knee.

The motion was filed on June 6 on behalf of plaintiff Fred Stone, who has proposed that the federal Zimmer NexGen knee litigation be consolidated in the U.S. District Court for the Northern District of Illinois.

At the time the motion was filed there were 28 Zimmer NexGen knee implant claims pending in 13 federal judicial districts across the country, and plaintiff attorneys indicated that there were at least 200 other potential cases that had not yet been filed.

Plaintiffs claim to have suffered catastrophic implant failures, had permanent problems walking or had to undergo revision surgery to remove or replace the implants because they failed far in advance of their projected lifespan. Plaintiffs allege that the device maker stated that using the Zimmer NexGen knee was safe, despite knowledge of serious injuries associated with the components. Zimmer also understated the risk of Zimmer NexGen knee problems, according to allegations raised in the complaints.

In September 2010, recalls were issued for several components due to apparent manufacturing defects or design defects. A Zimmer NexGen MIS recall was issued for more than 68,000 knee components following at least 114 reports of problems that caused some individuals to experiencing loosening of the parts or the need for additional knee surgery. In addition, a Zimmer NexGen LPS recall was issued due to nonconfirming and inconsistent geometry.

More than 150,000 Zimmer NexGen CR and Zimmer NexGen CR-Flex Porous Femoral implants have been sold since 2003, and some doctors have reported experiencing a substantially higher-than-expected failure of the replacement knee within a few years of surgery.

Consolidation of the lawsuits over Zimmer NexGen knee replacement systems before one judge as part of an MDL is designed to reduce duplicative discovery, avoid contradictory rulings from different judges and to serve the convenience of the court, witnesses and parties. While the pretrial management of the cases in an MDL is often managed similar to how a Zimmer NexGen class action lawsuit would be handled, each claim will still remain an individual lawsuit.

The U.S. Judicial Panel on Multidistrict Litigation is scheduled to consider consolidation of the cases next month at a hearing on July 28 in San Francisco, California.

Information and commentary provided by Dallas Fort Worth Personal Injury Attorney Dr Shezad Malik. The Dr Shezad Malik Law Firm can be contacted in Dallas toll free at 888-210-9693. If you or a loved one has been injured from Zimmer NexGen Knee Recall And Replacement, please fill out our contact card for a free consultation.