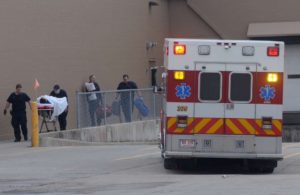 Wal-Mart is the world’s largest company by revenue in 2015 and the largest non-governmental employer. It is also thought to be the most frequently sued private personal injury claims defendant in the country.

Due to the amount of lawsuits Wal-Mart faces, it has set up a subsidiary company named Claims Management Inc. to act as a third party insurance adjuster. The subsidiary manages, values, and tracks claims against the parent company. It handles all aspects of the process including getting information from the victims and attempting to get recorded statements. The subsidiary sometimes makes a victim feel like they are dealing with a third party who might treat them more fairly. However, it is important to keep in mind that the subsidiary is ultimately serving the interests of the parent company, Wal-Mart.

But the tactic has not discouraged lawsuits. For example, in 2013 a Texas jury awarded a 42-year old man $199,112 after he suffered injuries from a slip and fall at a Wal-Mart.

The man fell while walking in the meat department. He was taken by ambulance to a local emergency room where he was treated for disc herniations and bulges as well as a sprained right ankle, an annular tear and a torn ligament in her right knee. He sued Wal-Mart and claimed the employees had washed the concrete floor with a mechanical scrubber that had been excessively filled with soap and used an incorrect mop. He also claimed that Wal-Mart employees failed to place wet floor warning signs. Wal-Mart denied liability, claiming the floor had fully dried at the time of the fall and argued the man’s disc injuries were pre-existing conditions. Still, an El Paso jury found Wal-Mart liable for the man’s injuries and returned a $199,112 verdict.

If you or a loved one has suffered from an injury while visiting Wal-Mart, contact our office immediately. We handles Wal-Mart injury lawsuits from across the country.