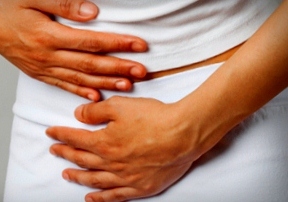 Transvaginal mesh injuries can change a women’s life and cause a lot of pain. They often require multiple medical procedures or surgeries. Even then, medical professionals make no guarantee. Recent jury verdicts and settlements against the device makers have sought to assist women in dealing with the high costs of a mesh injury.

In some cases, juries have awarded millions of dollars to women injured by Johnson and Johnson’s Ethicon mesh devices. But the company has been the the slowest transvaginal mesh device manufacturer to offer settlements. Perhaps one reason for the slow response from this manufacturer deals with the fact that they face the highest number of federal lawsuits. The company likely wants to dispose of unworthy claims before offering a settlement. Despite this, the company in 2015 settled 4 lawsuits for an undisclosed amount.

Jury awards range in size. For example, in September 2014, a jury decided against the company and awarded Jo Husky $3.2 million. The jury found that Ethicon’s Gynecare TVT mesh caused Husky permanent injuries and the company failed to warn her of the possible risks.

In a separate case, a jury in New Jersey awarded a woman $11 million for damages she received from Ethicon’s Gynecare Prolift. Another woman also won $1.2 million in a Texas court against Johnson and Johnson.

Other transvaginal mesh device makers, such as C.R. Bard, have also been hit with unfavorable jury verdicts. In 2013, a jury returned a verdict of $2 million against C.R. Bard. In this lawsuit, the jury was convinced that the mesh device maker did not adequately test its Avaulta implant on humans or use reasonable care in designing the implant. The jury also found the company caused the plaintiff’s injuries by failing to warn her doctor about Avaulta’s risks.

Other companies that have been hit with unfavorable jury verdicts include American Medical System, Boston Scientific, and Coloplast.

If you or a loved was injured by a mesh device, contact our office immediately. Our office handles mesh device lawsuits from across the country.