As a Bard Avaulta Vaginal Mesh injury and recall attorney, I am providing this lawsuit update. According to the FDA, there are many adverse reports regarding transvaginal mesh devices, including the Gynecare TVT sling. TVT systems typically involve mesh tape with vaginal sling surgery, to correct urinary incontinence. 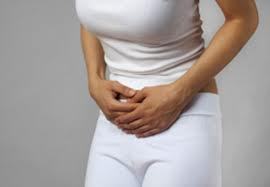 What is Stress Urinary Incontinence?

SUI typically occurs in women after childbirth because of pelvic muscle weakness, causing urine to leak during coughing, laughing and exercising.

What is Pelvic Organ Prolapse?

POP, occurs in older women whose muscle and tissue groups in the uterus, bladder and pelvic region have become stretched and weakened. Vaginal sling surgery is supposed to prevent the uterus and bladder from prolapsing.

All of the complaints involve similar allegations that pelvic mesh products sold by the companies for use during transvaginal surgery to repair pelvic organ prolapse (POP) or female stress urinary incontinence (SUI) caused women to suffer serious complications, such as pelvic pain, infection and erosion of the mesh through the vagina.

In January 2012, the FDA ordered the makers of transvaginal surgical mesh products to study the risks associated with the products. The order came following the recommendation of an FDA advisory panel in September 2011. According to the FDA, between 2008 and 2010 the number of adverse events reports to the FDA about transvaginal meshes increased five times.

In July 2011, the FDA warned that transvaginal placement of surgical mesh to treat pelvic organ prolapse may carry more risks than other surgical options, without any evidence of greater benefit.

TVT lawsuits allege that many of the transvaginal mesh products have not met reasonable safety standards and that the manufacturers failed to warn of significant risks.

According to experts, the mesh is a defective design (the Mentor O.B Tape vaginal sling was removed from the market due to a design defect). The mesh can erode into the vagina, migrate or shrink, which results in urinary problems, pelvic pain, and infections.

Transvaginal sling complications include the following:

mesh erosion into the vagina, bladder, intestines and uterus
infection,
pelvic pain,
urinary problems, including recurrence of prolapse and/or incontinence,
bowel, bladder, and blood vessel perforation during insertion,
dyspareunia (pain during sex)
To date, the above manufacturers continue to make these potentially harmful TVT slings, despite warnings by the FDA and medical experts, and more than 1,000 known cases of women who have been seriously harmed by these medical devices.