Topamax can result in serious birth defects such as cleft palate or cleft lip. These occur when parts of the soft and hard palate fail to completely fuse together. The defect can result in a notched lip, or in severe cases, an open groove that extends from the nose to the roof of the mouth. Cleft lip and cleft palate birth defects can also cause problems eating and communicating, and can increase the risk of ear infections. 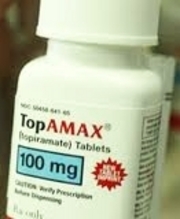 Topamax is an anti-convulsant drug used to treat epileptic seizures. In addition, Topamax is also prescribed to help prevent migraine headaches. The chemical name for Topamax is Topiramate, and its generic name is Topiragen.

In 2009, the makers of Topamax were charged by the Department of Justice of promoting the drug to physicians for unapproved purposes. Such promotions are called “off label” since they encourage use of the drug for purposes not listed on the packaging, and not approved by the FDA. The manufacturers of Topamax plead guilty and paid $75.37 million for violating the False Claims Act, as well as $6.14 million in criminal fines.

A product liability or defective product claim for Topamax is a type of pharmaceutical claim in which a person is injured as the result of taking a medication. The cleft lip and palate birth defects were not originally listed as side effects of Topamax, prompting the FDA to update the pregnancy warnings.

Topamax has been shown by numerous studies to cause serious birth defects, such as cleft lip or cleft palate. Serious malformations may require expensive surgery or speech therapy, which can be costly.

The UK Epilepsy and Pregnancy Register, as well as the North American ARF Pregnancy Registry, noted a higher incidence of oral clefts in children whose mothers took Topamax during pregnancy.

What was Topamax prescribed for?

Topamax is prescribed to treat epileptic seizures, as well as for the prevention of migraines. However, Topamax has been applied for many off-label uses, such as bulimia, post traumatic stress disorder, obesity, and smoking cessation.

The FDA required new warnings in 2011 after data from the North American Antiepileptic Drug Pregnancy Registry found that children born to mothers who took Topamax during the first trimester of pregnancy experienced an oral cleft about 1.4% of the time, compared to a prevalence rate of between 0.33% and 0.55% associated with other epilepsy drugs.

When did the FDA approve Topamax?

Topamax was approved to treat epileptic seizures in 1994. In 2004, the FDA approved is for use in the treatment of migraines.

The FDA estimates that approximately 32.3 million prescriptions for Topamax or a generic equivalent were issued from January 2007 through December 2010. In many cases the drug is prescribed for off-label uses.

Is Topamax sold under any other names?

Yes. A generic version of Topamax was approved in 2006, called Topiragen. It is distributed by Mylan Pharmaceuticals.

Who are the manufacturers of Topamax?

Ortho-McNeil Neurologics and Noramco, Inc. discovered Topamax in 1979. Both companies are divisions of Johnson & Johnson.