Recently a consolidation motion was filed for all federal Androgel lawsuits to become part of an MDL, or multidistrict litigation.

Hot on the heels of that motion, a second motion has been filed with the U.S. Judicial Panel on Multidistrict Litigation (JPML) requesting that all testostereone therapy lawsuits be centralized before one judge as a single coordinated proceeding.

END_OF_DOCUMENT_TOKEN_TO_BE_REPLACED

A Louisiana man, who suffered a deadly heart attack, filed a wrongful death lawsuit against Testim gel manufacturer. The lawsuit claims that the 61 year old died as a result of Testim testosterone replacement therapy side effects. 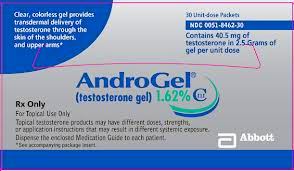 The lawsuit was filed by the family of John Peuler against Auxilium Pharmaceuticals, Inc. on March 21, in the U.S. District Court for the Eastern District of Louisiana. There are close to 100 similar testosterone replacement therapy lawsuits filed across the United States in recent months.

END_OF_DOCUMENT_TOKEN_TO_BE_REPLACED
A 58-year-old California man who suffered injuries after using the testosterone therapy Testim has sued manufacturer Auxilium Pharmaceuticals Inc., claiming it coordinated a massive ad campaign to aggressively promote the need for its product while failing to warn users of life-threatening side effects.

In a Feb. 26 lawsuit filed in U.S. District Court for the Central District of California, plaintiff Joseph Myers alleges that after taking multiple does of Testim in 2012, he suffered a stroke, which his physicians later informed him was likely caused by the drug.