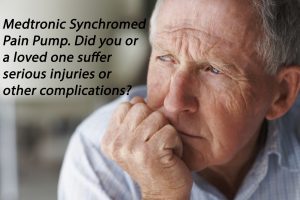 In an October 2016 letter to doctors by the U.K.’s Medicines & Healthcare Products Regulatory Agency, Medtronic said the SynchroMed II pump can deliver too much medicine but that the exact cause of the over infusions isn’t clear.