According to researchers, doctors who perform robotic-assisted prostate cancer surgery are not skilled enough to able to remove all the cancer cells until they have done the procedure more than 1,600 times. 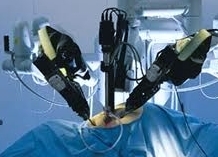 According to Prasanna Sooriakumaran, lead author and urologist, results from a study suggest the operations using Intuitive Surgical Inc.’s da Vinci robot are being performed too often at community hospitals by surgeons without enough experience.

According to the American Society of Clinical Oncology, more than 90,000 men in the U.S. have their prostate gland removed each year because of cancer.

The surgery is typically by doctors who perform 100 or fewer procedures annually, done mainly with robotic technology introduced in 2000 by Sunnyvale, California- based Intuitive Surgical.

According to the study, the surgeons needed to perform more than 1,600 operations before they were able to gauge with at least 90 percent accuracy how much tissue surrounding the tumor they needed to remove to get all the malignant cells.

Leaving stray cancerous cells in the margins, at the edge of the tissue removed during surgery, can lead to recurrences of the disease.

Lawsuits are being filed, alleging tears and burns to blood vessels, intestines and reproductive organs, complicated by the fact that problems generally aren’t apparent until after surgery, resulting in delayed treatment.