A federal judge has opened the way for St. Jude Riata defibrillator lead lawsuits to move ahead, after rejecting the manufacturer’s claim of federal preemption protection.

U.S. District Judge Selna, in the Central District of California, denied a motion to dismiss filed in five product liability lawsuits from folks who experienced injuries from St. Jude Riata leads. St. Jude Riata leads were recalled after reports that the wire insulation may fail after implantation. 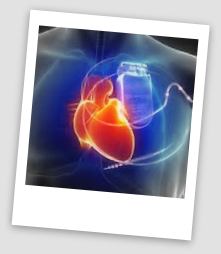 St. Jude Tried to use the Federal Preemption Defense

St. Jude argued that they should not be held responsible because such claims are preempted by federal law since the medical device was approved by the FDA. Judge Selna found that the injury claims either paralleled federal requirements or were based on alleged violations of FDA regulations. The judge also rejected arguments that plaintiffs had failed to show a plausible link between their injuries and the leads.What is the St. Jude Riata Lead?The St. Jude Riata and Riata ST ICD leads are electric wires used to connect a programmable implantable cardiac defibrillator (ICD) medical device unit to the heart. These heart leads were recalled in late 2010 after medical reports that revealed that the insulation surrounding the leads was subject to failure, from exposed wires inside the body. Exposed wires can result in unnecessary painful electric shocks or cause the defibrillator to fail to deliver a life-saving jolt when needed.St. Jude issued a warning to doctors in late 2011 about reports of insulation problems, and the FDA later determined that the action qualified as a St. Jude Riata recall.Scope of the St. Jude Problem

227,000 St. Jude Riata wires were sold worldwide before it was removed from the market, and 79,000 of the leads remain active in patients in the United States.

In August 2012, the FDA issued a safety communication in response to concerns among individuals who still have one of the recalled St. Jude Riata or Riata ST leads, recommending that individuals undergo x-ray or other imaging exams to monitor the condition of the leads.

St. Jude faces many product liability lawsuits throughout the country, which allege that the manufacturer designed and sold an unreasonably dangerous and defective product. Also that they knew or should have know that these wires were defective yet they continued to sell the wires.