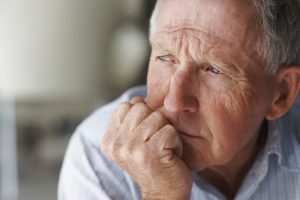 Zimmer Biomet, a major manufacturer of shoulder implants, announced a U.S. recall of its shoulder devices after many complaints of shoulder fractures causing severe pain, permanent loss of shoulder function, infections and other serious injuries.

The FDA announced a Zimmer Biomet Comprehensive Reverse Shoulder Class I recall earlier in February, after finding that the fractured shoulder implants had a risk of severe injury or death.

The reverse total shoulder replacement uses the deltoid muscle, instead of the rotator cuff, to power and position the arm.

Zimmer Biomet sent an Urgent Medical Device Recall Notice to its doctors and hospitals in December 2016.

This is not the first ride at the shoulder implant recall rodeo for Biomet. Comprehensive Reverse Shoulder products have been recalled twice:

In September 2010, Biomet, Inc. recalled the Comprehensive Reverse Shoulder Humeral Tray with Locking Ring because of complaints that the device was fracturing at the joint between the trunnion and the baseplate.

In April 2011, a Biomet shoulder replacement recall was issued for Custom Comprehensive Reverse Shoulder Humeral Trays. According to the recall notice, some of the Humeral Trays may contain a locking ring that is incorrectly assembled.

In 2016, a Biomet shoulder replacement lawsuit was resolved in a $350,000 settlement. Alfonse Alarid, from Colorado, underwent two Comprehensive Reverse Shoulder surgeries in 2009 and 2010.

According to Alarid, both Biomet shoulder devices failed at the joint between the trunnion and the baseplate, forcing him to undergo painful revision surgery to remove and replace the implants. Alarid filed his lawsuit in the U.S. District Court, District of Colorado.

Both of the allegedly defective shoulders included components were involved in the 2010 Biomet shoulder replacement recall. (Alfonse A. Alarid v. Biomet, Inc., et al., No. 14-2667)

The Comprehensive Reverse Shoulder was approved for sale in 2008, by the FDA’s controversial 510(K) fast-track program, which allows a medical device maker to avoid human clinical trials if they are able to show that a medical device product is “substantially equivalent” to another device that was previously approved by the agency.

Any doctors or patients who experience a problem are requested to make a report to MedWatch, the FDA adverse event reporting program.

Our law firm is investigating and accepting Zimmer Biomet Shoulder Implant failure personal injury and product liability claims from across the country.

If you or a loved have been injured by Zimmer Biomet Shoulder Implant failure, including fracture, pain, infections and re-do surgery, please contact our office at 214-390-3189 immediately for your free consultation.