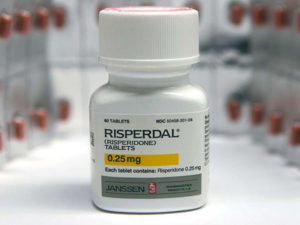 If you file a Risperdal lawsuit, there is guarantee that you will win a trial verdict or obtain a settlement. But based on previous cases, it appears that the makers of Risperdal may be motivated to settle claims in order to avoid revealing information that may lead to more lawsuits or avoid trial verdicts.

Aron Banks was the first person to take his Risperdal personal injury claim to trail against the drug manufacturer. Banks was prescribed Risperdal when he was nine years old even though the drug wasn’t approved for use by children at the time. He experienced rapid weight gain, suffered injury to his endocrine system and experienced psychological trauma. He also developed breasts large enough to require surgery to remove them, a condition known as Gynecomastia.

In September 2012, the makers of Risperdal decided agreed to settle Banks case under the condition that neither Banks nor his attorney would reveal the amount. But his attorney did tell the media that he believed “the possibility of more evidence of off-label marketing and improper conduct by Johnson & Johnson had something to do with the settlement.”

Later that same month, the second Risperdal trial settled for an undisclosed amount. Like dominoes, the drug maker settled four other cases soon after. All the settlements up to this point required that the amount remain confidential and that the drug maker would not be forced to admit to any wrongdoing. Hence, the makers of Risperdal continued to deny liability for any Risperdal linked injuries.

In February 2015, Austin Pledger became the first Risperdal victim to win a jury trial. Pledger began taking the drug when he was eight years old. Shortly after taking the drug he grew 44DD breasts. The jury awarded him $2.5 million after a judge declared the drug maker failed to warn the drug could cause breast development.

In March 2015, a jury found that the makers of Risperdal illegally marketed the drug, but the jury could not find proof the drug caused the plaintiff to develop breast. The jury did not award damages.

In October 2015, a jury awarded Nicholas Murrary $1.75 million after he developed breasts while taking Risperdal. The case is significant because Murray continued taking Risperdal after the FDA expanded the drug’s approval for use in children. Still, the jury decided that the drug maker failed to adequately warn of the risks of developing breast in male consumers.

If you or a loved has experienced an injury from taking Risperdal, you may be entitled to compensation. Our office handles cases from across the country. Please, don’t hesitate to contact us.