Recently plaintiff attorneys have filed a motion to consolidate Pradaxa lawsuits that are currently on file in the U.S. District Courts federal court system. 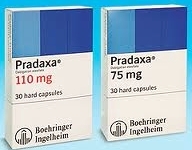 There are more than 20 lawsuits filed against Pradaxa drug manufacturer, Boehringer Ingelheim. All of the lawsuits allege that the drug maker failed to adequately warn about the side effects of Pradaxa.

Furthermore the plaintiffs allege that they suffered serious injuries or death from unstoppable bleeding problems.

What is a MDL and Coordination?

The plaintiffs requested that all cases be centralized for coordinated pretrial proceedings before U.S. District Judge David R. Herndon in the Southern District of Illinois.

Each lawsuit remains an individual case. If a Pradaxa settlement is not reached during pretrial proceedings, each individual claim would then be remanded back to the original federal district court where it was filed for a trial date.

Pradaxa (dabigitran) is a direct thrombin inhibitor anticoagulant that is marketed by Boehringer Ingelheim and released in October 2010 as a superior alternative to Coumadin (warfarin) for prevention of stroke among patients with non valvular atrial fibrillation.

Patients on Coumadin can suffer bleeding side effects and can be treated with Vitamin K, fresh frozen plasma and blood transfusions to reverse the drug’s anticoagulant effects.

Unfortunately there is no reversal agent for Pradaxa. This means that bleeding events can lead to serious injury or death.

Further compounding the problem, is that there is no standard method with which to measure the anticoagulant effects of Pradaxa, unlike Coumadin.

According to a recent report by the Institute for Safe Medication Practices (ISMP), Pradaxa had the most complaints of any drug on the market.