As a Texas medical doctor and Dallas defective drug injury and wrongful death attorney I am providing this timely update for folks who have been injured by the use of Nuvaring contraceptive ring. Many wrongful death victims are seeking compensation for their injuries from Merck and Organon, the maker of Nuvaring rings. 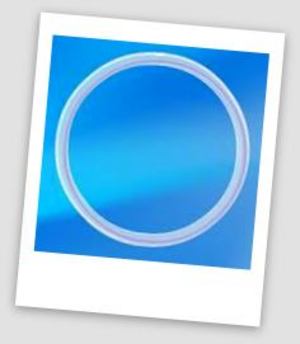 NuvaRing Pulmonary Embolism and Deep Vein Thrombosis injury lawsuits filed in the federal court system have been consolidated before Judge Sippel for centralized pretrial proceedings in the U.S. District Court for the Eastern District of Missouri. All of the cases involve claims that women suffered serious and sometimes deadly, blood clots from side effects of NuvaRing.

A small group of test lawsuits, known as bellwether cases, have been set for early trial dates in the federal NuvaRing multidistrict litigation. The first NuvaRing federal trial date will begin on May 6, 2013, and the plaintiff is a 33 year old woman who suffered a pulmonary embolism while using the birth control ring.

The outcome of the early trial dates in the litigation are useful for the parties to determine how the juries are to respond to the lawsuits. If the plaintiffs are successful in their claims, a positive outcome will help pave the way to a global settlement. But, if NuvaRing settlements are not reached in these cases, the court may begin remanding cases back to federal district courts throughout the country for individual trials.

NuvaRing is a birth control device that releases female hormones through a plastic ring that is inserted into the vagina once a month. The ring releases estrogen ethinyl estradiol, and a “third-generation” progestin, known as etonogestrel. These hormones have been linked to an increased risk of blood clots and thrombotic events, such as pulmonary embolism, deep vein thrombosis, stroke and sudden death.

In October 2011, results from an FDA-funded study that involved 800,000 American women using some form birth control between 2001 and 2008 revealed NuvaRing increased the risk of blood clots, including deep vein thrombosis and pulmonary embolism, by 56% in comparison to older birth control pills.

Most recently, research published in The New England Journal of Medicine in June found that women who used combined hormonal devices, such as NuvaRing, as much as 3 times more likely to experience heart attacks and strokes compared to women who used other types of hormonal birth control.

Read more here and visit our website for further information.