According to Merck company filings, there are now about 1,500 filed product liability lawsuits involving injuries from NuvaRing blood clots. These women  claim that the contraceptive ring increased the risk of blood clots, other serious and potentially deadly side effects. 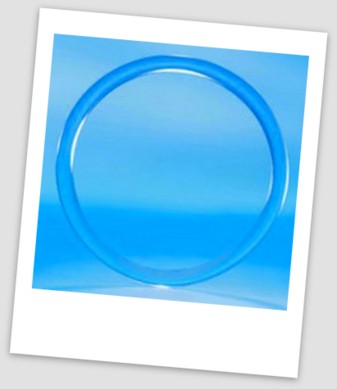 NuvaRing is a vaginal contraceptive ring, made by Merck’s Organon subsidiary, which is placed in the vagina. The ring releases a combination of estrogen, ethinyl estradiol and the “third generation” progestin, etonogestrel. The ring is replaced every month.

According to the Merck report, the majority of the cases are in the U.S. District Court for the Eastern District of Missouri before Judge Sippel as part of an MDL, or Multi-District Litigation.

Merck, reports that there are about 1,285 cases in the NuvaRing MDL, and about 200 lawsuits in the New Jersey state court system, where they have been centralized in Bergen County Superior Court.

There are also 9 cases pending in various other state courts, including 2 cases that are being coordinated in the San Francisco Superior Court in California.

The NuvaRing injury lawsuits involve allegations that the birth control ring increases the risk of blood clots compared to other forms of contraception.
Furthermore, that Merck’s Organon subsidiary failed to warn women or doctors about the risk of a pulmonary embolism, deep vein thrombosis (DVT), stroke or other blood-clot injury.

A group of cases are being prepared for early trial dates, known as “bellwether” lawsuits. The first NuvaRing trial, involving a lawsuit filed by Marianna Prather, is now scheduled to begin January 27, 2014, and the parties have been ordered to continue discussions with a mediator to review potential resolutions for the litigation.

The parties are quietly confident that a global settlement may be announced in the coming months, but if settlement talks break down, then the bellwether trial outcomes may force Merck’s hand.

Many studies have been done after women began reporting serious injury after using this birth control ring such as deep vein thrombosis (DVT), pulmonary embolism and strokes. The U.S. Food and Drug Administration (FDA) published a study in October 2011 which showed that vaginal ring contraceptives such as NuvaRing could increase the risk of serious blood clots by up to 56 percent when compared to low-dose birth control pills. The New England Journal of Medicine as well as the British Medical Journal recently published a Denmark study’s findings that vaginal rings may have a 90 percent higher risk of blood clots than oral contraceptives.