WASHINGTON — The Bush administration is planning to rewrite a wide array of federal rules with changes or additions that could block product-safety lawsuits by consumers and states.

The administration has written language aimed at pre-empting product-liability litigation into 50 rules governing everything from motorcycle brakes to pain medicine. This year, lawsuit-protection language has been added to 10 new regulations, including one issued Oct. 8 at the Department of Transportation that limits the number of seatbelts car makers can be forced to install and prohibits suits by injured passengers who did not get to wear one. 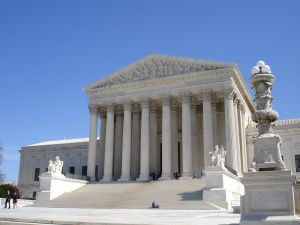 Federal rules usually must go through lengthy review processes before they are changed. Rulemaking at the Food and Drug Administration, (FDA)where most of the new pre-emption rules have appeared, can take a year or more. Some examples of rule changes include:

DRUG LABELING A rule makes the FDA responsible for the wording of label warnings. Companies that comply get protection.

The FDA began entering lawsuits and submitting briefs on the side of drug makers and supporting federal pre-emption in 2001, but the agency had previously supported the right to sue.

The Supreme Court will hear arguments next month in a case called Wyeth v. Levine that will be a big test of federal pre-emption authority. Diana Levine, lost an arm to gangrene after receiving an antimigraine drug made by Wyeth in a hospital emergency room. She claims the company did not adequately warn about side effects under Vermont law. Wyeth says it followed federal warning-label standards and is protected from Ms. Levine’s claims.

The FDA, through the Justice Department, is defending pre-emption in that case, citing its own 2006 rule that says federal safety regulations trump state ones.