Johnson & Johnson faces the first product liability personal injury lawsuit over side effects of Levaquin that caused peripheral neuropathy for Karyn Grossman, from Maryland. According to Grossman, she developed the severe and often permanent form of nerve damage after using the popular antibiotic. 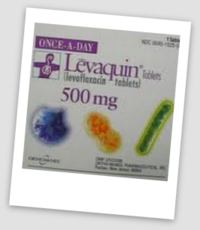 The lawsuit was filed in September in the U.S. District Court for the Northern District of California, against Johnson & Johnson, Ortho-McNeil-Janssen Pharmaceuticals subsidiary and the drug distributor, McKesson Corp. as defendants.

In 2013, the FDA required new warnings about the risk of nerve damage and peripheral neuropathy associated with the fluoroquinolones class of antibiotics including Cipro, Avelox and others.

According to the FDA, peripheral neuropathy could occur at any time during treatment with the popular antibiotics and may continue for months or even years after use of the medications is stopped.

What is Peripheral Neuropathy?

Peripheral neuropathy occurs because of damage to the nerves, which reduces sensation and movement. Symptoms which can be severe and debilitating include pain, burning, tingling, numbness, weakness, and sensitivity to light touches, temperature and motion in the arms and legs. The disease can be very difficult to treat and include antidepressants, vitamins and physical aides such as walking sticks and in catastrophic cases folks are wheel chair bound.

According to Grossman, Johnson & Johnson ignored information about the link between Levaquin and peripheral neuropathy for years, failed to adequately warn patients and doctors about the risk of permanent and long-lasting nerve damage.

Levaquin is one of the most widely used antibiotics in the world, and is part of the popular class of medications known as fluoroquinolones, which have previously been linked to a number of serious health issues, including a risk of tendon ruptures, retinal detachment and kidney problems. Other drugs in the same class include Cipro, Avelox, Noroxin, Floxin and Factive.

Levaquin is a blockbuster drug, and a tremendous cash cow for Johnson and Johnson. About 23.1 million patients received a prescription for an oral fluoroquinolone in 2011. Cipro dominated the market, comprising 70% of those prescriptions, followed by Levaquin or a generic equivalent, which was used by 28%.

Another 3.8 million patients received injections in 2011, with Levaquin or a generic equivalent making up 63% of those, followed by Cipro at 28%. According to IMS Health, which tracks prescription drugs sales, Levaquin was the best-selling antibiotic drug in the United States in 2010, with sales of about $1.5 billion.

Johnson & Johnson “knew or should have known”

Plaintiffs have alleged that Johnson & Johnson knew or should have known about the risk of peripheral neuropathy from Levaquin and other fluoroquinolones as early as 1992, when a case report was published in the British medical journal, The Lancet.

Other studies were published in 1996 and 2001, highlighting cases where users of fluoroquinolone antibiotics experienced symptoms of peripheral nerve damage, including numbness, pain and muscle weakness.

Researchers found that over half of patients experienced symptoms lasting more than a year, and 80% characterized the nerve problems as severe.