The number of Inferior Vena Cava (IVC) filter injury and death lawsuits continue to climb and now are past the 3,000 mark over design defects leading to fractures, migration, tilting and perforation. 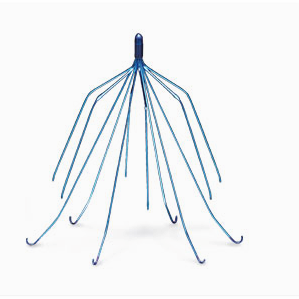 What are IVC Filters?

IVC filters are umbrella-shaped devices that are implanted in patients at risk of pulmonary embolism or a blood clot to the lung.

They are implanted in the IVC to trap blood clots from the leg or deep vein thrombosis, blocking them from traveling to the lungs and causing a pulmonary embolism which in severe cases can be fatal.

In IVC injury and death product liability and personal injury lawsuits filed against C.R. Bard, Cook and Cordis the major manufacturers of retrievable filters, it is claimed that the IVC devices are subject to catastrophic failure, moving out of position, puncturing the vein or fracturing, sending metallic shards into the blood stream.

The top 7 IVC filters that have been most commonly named in lawsuits include:

There are more than 1,400 Bard IVC filter lawsuits filed in the federal court system, centralized for coordinated pretrial proceedings as part of an MDL, or multidistrict litigation in Arizona.

More than 1,300 Cook IVC filter lawsuits are centralized as part of a separate MDL in Indiana. Both Bard and Cook bell wether trials have been set for later this year. Three bellwether cases have been selected to go to trial. Two of the cases involve the Celect IVC filter and one involves the Günther Tulip IVC filter.

In the over 200 filed claims against Cordis IVC filter filed in California state courts, attempts have been made by the manufacturer to have the Cordis cases removed to the federal court system recently. The judge overseeing these case has denied the defense’s motion to have the cases transferred to the Northern District of California.

The FDA has issued safety warnings regarding these IVC devices due to the number of adverse events associated with them. On August 9, 2010, the FDA issued a Safety Communication warning recommending healthcare providers remove the filter as soon as the protection from PE is no longer needed to minimize chances of an adverse event occurring.

In May 2014, the FDA notified doctors to remove IVC filters within about one to two months after an individual was no longer at risk of suffering a pulmonary embolism, since the risk of problems appeared to be greater the longer the filter was left in place.

These warnings have fallen on deaf ears as the manufacturers sold the devices for years and continue to do so, without informing doctors about the risks associated with leaving them in place.

IVC Filters harder to remove with passage of time

Medical researchers have found that filter removal has a high success rate within the first year, the longer the filter is implanted, the harder it is to remove. Because of constant motion, the IVC filter causes a local tissue reaction and the filters grow into the IVC wall lining.