As a Texas medical doctor and Fosamax femur fracture injury Attorney, I am fielding many calls from concerned plaintiffs regarding their side effects from using Fosamax and similar drugs. We are providing the following update and commentary. 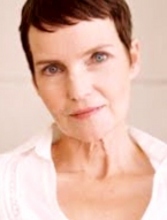 The Advisory Committee for Reproductive Health Drugs and the Drug Safety and Risk Management Advisory Committee met to discuss whether emerging reports of adverse events should cause the FDA to change the label to indicate that the drug not be used long term. The medical advisers did not press the issue as strongly as the F.D.A. staff itself did in a 45-page report issued on Wednesday. The staff report said studies “suggest no significant advantage of continuing drug therapy beyond five years.”
According to the FDA panel placebo-controlled trials provide data for only five years of therapy, but there is no clinical evidence that bisphosphonates work better after they are used for a long period of time.

Bisphosphonates are prescribed to some 5 million patients annually to prevent or treat osteoporosis and are highly effective at reducing the risk of osteoporotic fractures. The drugs, which include brand-names Actonel, Atelvia, Boniva, and Reclast, have been shown to reduce the risk of breaking a hip by 40% to 50% and fracturing a vertebra by between 40% and 70% by inhibiting bone resorption to prevent loss of bone mass.

In 2010, the FDA required makers of bisphosphonate drugs to add a warning to their labels about an increased risk of atypical femur fractures after an American Society for Bone and Mineral Research task force concluded that the risk is real.

The panel heard from women who were taking bisphosphonates to prevent osteoporosis when suddenly and painfully, they broke their femurs. One woman was on a subway train that screeched to a halt, and as her weight was thrust onto one leg, her femur snapped and she collapsed. Other women had similar stories — a teacher reaching something in front of her students, a grandmother taking a large step to walk toward her grandchild, a woman walking down a front stoop to pick up the morning newspaper — and in each case the women collapsed to the ground as their femurs snapped.

The panel was also concerned with the drug’s link to deterioration of the jawbone. In 2005, the FDA added a warning on bisphosphonates about osteonecrosis of the jaw, a rare disease in which the bone in the jaw dies. In data presented Friday, an FDA reviewer said the risk for osteonecrosis of the jaw appears more prevalent after four years or more of use.

There are also some data suggesting a link to long-term use of bisphosphonates and esophageal cancer. In 2009, a study in the New England Journal of Medicine used data from FDA’s Adverse Event Reporting System to identify and describe 23 patients taking alendronate who were diagnosed with esophageal cancer.