According to attorneys, DePuy ASR hip implants which were recalled by the company in 2010, will start going to trial later this year to help determine liability and damages in more than 6,000 lawsuits. 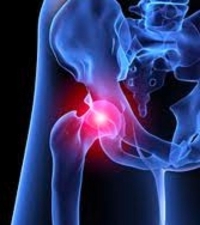 J&J’s DePuy unit recalled its 93,000 ASR hips worldwide in 2010, including 37,000 in the U.S. According to medical experts, more than 12 percent of the devices failed within five years.

According to the allegations raised in lawsuits, filed in federal and state courts, patients are in pain and immobilized by joint dislocations, infections, bone fractures, and a medical condition known as metallosis.

Metallosis occurs when there is metal on metal grinding, which releases metal ions into the hip joint and into the bloodstream. This is a form of heavy metal poisoning.

Patients suing J&J, claim metal debris from the hips, made from a cobalt and chromium alloy, causes tissue death around the joint and may increase metal ions in the bloodstream to harmful levels.

Size of the Litigation group

There are approximately 4,200 federal lawsuits filed and consolidated in the multi-district litigation. According to attorneys, another 2,000 are in state courts, and both sides are negotiating bellwether trials or mini trials, to help resolve whether J&J bears blame and how much each case could be worth.

The company said in January that it spent about $800 million on the recall in the past two years, while it wouldn’t estimate its product liability costs.