As a Dallas Product Liability attorney and Bard Recovery and G2 IVC Filter lawyer, I am writing an update and as I wrote previously in my blogs, there are serious and fatal complications of the widely used Bard inferior vena cava (IVC) filters. 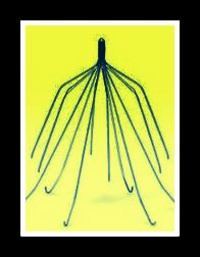 The complaint was filed on December 19 in the U.S. District Court for the Northern District of Texas, Dallas Division. Alexander was implanted with a G2 filter on February 20, 2009, the IVC filter device failed and punctured her inferior vena cava vein and she also suffered damage to her right ureter.

The Bard G2 Filter is an inferior vena cava (IVC) filter used in patients for whom an anticoagulant has been ineffective or is contraindicated. The IVC filter medical device is designed to prevent blood clots from travelling to the lungs from deep vein thrombosis or blood clots usually in the lower legs and causing a pulmonary embolism.

Complications of the Bard IVC Filter

The IVC filter can shift in position after it is implanted and it could damage internal organs.

Fragments of the IVC filter could brak off and become loose and travel into the heart or lungs.

The Bard G2 filter was designed so that it can be removed after the clinical indications have passed. When the IVC filter devices are not removed, they may increase the risk of complications and the struts may fracture, perforate the vena cava or allow the device to migrate to other areas of the body, such as the heart, brain or lungs.

Many cases have been filed and the complaints allege that Bard failed to adequately warn about the risk of problems with IVC filters, including the risks associated with leaving the Recovery or G2 filters in place once the threat of a pulmonary embolism has passed.

The Bard Recovery IVC filter and Bard G2 IVC filter have been associated with a high rate of failures that can cause serious and potentially life-threatening injuries. According to a study published in the Archives of Internal Medicine in August 2010, the Bard Recovery Filter system failure rate was 25% and the Bard G2 Filter system failure rate was about 12%.

The FDA issued an alert in August 2010, warning about the risk of complications with removable IVC filters that are left in place. According the FDA at least 921 adverse event reports were received during 2010, with about 328 involving an IVC filter that broke free and migrated through the body, 146 involving components that broke loose, 70 involving the inferior vena cava being perforated and 56 involving the filter fracturing.