As a Dallas, Texas Personal Injury and Product Liability attorney I am providing this update regarding the risk of brain cancer and cell phone use. 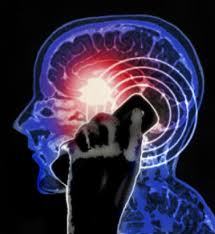 In 2010, a major study in 13 countries found no clear evidence that exposure to the radiation from cellphones causes brain cancer. The International Agency for Research on Cancer, a unit of the World Health Organization (WHO), declared this week that the radiation is “possibly carcinogenic” to humans.

The agency, stated that heavy users of cellphones had an increased risk of developing a rare brain tumor known as a glioma. Cellphones were placed in a “possibly carcinogenic” category.

The report comes as a proposed class action lawsuit against 19 defendants, mostly cell phone manufacturers and telecommunications companies, has landed at the U.S. Supreme Court. The defendants which include Nokia, AT&T Inc and Samsung Electronics Co Ltd are accused of misrepresenting that their cell phones are safe, when they in fact knew of potential dangers.

Still, many experts remain skeptical, and despite a huge world wide increase in cellphone use over the past twenty years, brain cancer rates in the United States have been declining. Scientists are unclear as to how the radio frequency waves emitted by cellphones, which may break chemical bonds and disrupt DNA, cause cancer.

The Food and Drug Administration, which regulates the safety of cellphone emissions, said it would review the forthcoming research study carefully but that “the existing weight of scientific evidence does not show an association between non-thermal radio frequency energy and adverse health outcomes.”
Heavy users of cellphones might want to use headsets, speaker phones or text messaging to keep the device at a distance. Many folks would be surprised to learn that cellphone manufacturers, to prevent personal injury liability claims, already advise users in very small print to hold the phones a short distance from the body while making telephone calls.

Information and commentary provided by Dallas Fort Worth Personal Injury Attorney Dr Shezad Malik. The Dr Shezad Malik Law Firm can be contacted in Dallas toll free at 214-390-3189. If you or a loved one has been injured from Cell Phone Induced Brain Cancer, please fill out our contact card for a free consultation.