As a Yaz, Yasmin and Ocella pulmonary embolism attorney, I have written extensively about the venous thrombo-embolism (VTE) side effects from Drospirenone containg oral contraceptive pills.

Beyaz is an oral contraceptive approved by the FDA in 2010, that contains folate (0.451 mg of levomefolate calcium). It is a “fourth generation” form of birth control that contains drospirenone, a new type of synthetic progestin. Drospirenone has been linked to potentially deadly side effects, including pulmonary embolism (PE), Deep Vein Thrombosis and Stroke. 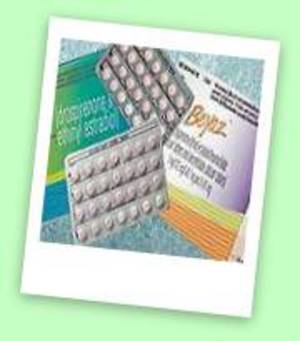 Beyaz belongs to the “fourth generation” of birth control pills that contains drospirenone. Other contraceptives in this class include Yaz, Yasmin, Ocella, Gianvi, Loryna, Zarah, Safyral, and Syeda.

Beyaz is essentially the same contraceptive as Yaz, but with added folate, a dietary supplement. Beyaz and Yaz are both manufactured by Bayer HealthCare Pharmaceuticals Inc. Both medications contain the same doses of active progestin/estrogen: 3 mg of drospirenone, and 0.02 mg of estrogen (ethinyl estradiol).

Beyaz is one of the newer pills on the market. What makes Beyaz different is it has 24 hormone pills that also include levomefolate calcium ( B vitamin/folic acid). There are also 4 placebo pills that don’t contain any hormones but do have folate as well.

In 2009, two independent studies found that a woman may be twice as likely to develop a blood clot compared to women using other forms of birth control.

In 2011, two additional studies published in the British Medical Journal, found similar results. They found that a woman who takes a drospirenone-containing contraceptive may be up to three times more likely to develop a blood clot.

In November 2011, an Israeli study followed 329,995 women taking a drospirenone-containing contraceptive. They found that the risk of blood clots may be more than 40% higher, compared with women who take older non-drospirenone contraceptives.

In October 2011, the FDA announced the preliminary results of its own study. After following nearly 800,000 women, they found that women have at least a 1.5-fold increased chance of developing a blood clot after using drospirenone-containing birth control, such as Beyaz. The risk of developing blood clots is greatest for women in their first year of taking Beyaz.

Side Effects of Beyaz

Beyaz has been implicated in the formation of blood clots in the extremities, known as Deep Vein Thrombosis (DVT). These blood clots can break loose and travel through the bloodstream, this is called an embolism. A Pulmonary embolism (PE) occurs when an emboli blocks the supply of blood to the lungs.

Yaz, Yasmin and similar birth control pills have been named in thousands of lawsuits alleging they caused users to suffer serious, life-threatening side effects including blood clots, deep vein thrombosis, pulmonary embolism and stroke problems. Most of the cases have been consolidated in the Yasmin and Yaz (Drospirenone) Marketing, Sales Practices and Products Liability Litigation (MDL No. 2100) currently pending before Judge David Herndon in the U.S. District Court for the Southern District of Illinois