Bayer Healthcare reports that it has reached agreements to settle Yaz and Yasmin deep vein thrombosis and pulmonary embolism lawsuits brought by at least 70 women. 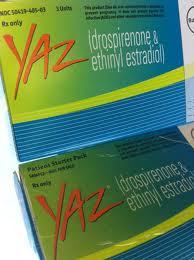 Earlier in the week, the judge ordered that the bellwether trials been postponed for another 60 days. The bell-wether trial were scheduled for April and now are moved out to June 2012.

Here is a copy of the court transcript. “MINUTE ORDER STAYING DEADLINES AND CONTINUING BELLWETHER TRIAL: All current deadlines related to bellwether matters are extended 60 days and the bellwether trial is continued until further order, due to the courts calendar.. Signed by Chief Judge David R. Herndon on 2/29/2012.”

Bayer continues to face about 11,300 additional claims in federal court by women who have suffered serious and fatal injuries, allegedly caused by their popular birth control pills.

Bayer has indicated that they are continuing to consider settling lawsuits on a case-by-case basis.

Women injured by the drugs are pursuing compensation from Bayer through a Yaz lawsuit or Yasmin lawsuit, alleging that the drug maker failed to adequately warn about the increased risk of blood clots and other serious injuries.

The allegations are focused on the side effects of drospirenone, a new synthetic type of progestin that is used in the oral contraceptives in combination with estrogen.

Drospirenone was first introduced in Yasmin birth control by Berlex Laboratories, which was later acquired by Bayer. Yaz is an updated version of the birth control pill, and Bayer recently introduced a third variation, marketed as Beyaz, which also includes a folate supplement.

Recently the FDA released a report that suggested drospirenone birth control pills may increase the risk of blood clots by 75% over older pills. They also doubled the risk of thrombo-embolism and strokes in users who were now to birth control, with some health problems appearing in less than three months after women started using the pills.

Earlier this year, the federal judge presiding over all lawsuits filed in U.S. District Courts throughout the United States ordered Bayer and plaintiffs’ lawyers to engage in Yaz settlement negotiations before the first cases are submitted to a jury.

Known as bellwethers, those early trial dates are often used to facilitate discussions to settle other lawsuits, and may help the parties gauge how juries are likely to respond to evidence that is likely to be introduced in multiple cases.

Generic versions of Yaz and Yasmin are also now available from other manufacturers, including Ocella, Gianvi, Loryna, Safyral, Syeda and Zarah.